Although it could not be resolved if Munir Hussain was the founder of cricket commentary in Urdu, with Bashir Ahmad Khan having his own credentials to be the one, but not many people will disagree about him being the best in business for a very long time indeed. 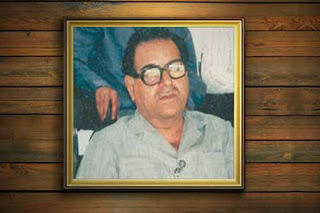 Munir Hussain, who immortalised himself with Urdu cricket commentary, is no more. He breathed his last in Karachi on July 29 at the age of 83. He was being missed in the commentators’ box for quite sometime due to his illness. His death has saddened the cricket community in particular.

There were a few other facets as well which had made him one of the most sought after cricket personalities of the country.

His weekly columns in Daily Jang, the largest circulated daily newspaper of Pakistan, which continued for decades, was read and followed with great interest. He launched his own monthly cricket magazine in Urdu by the name of ‘Akhbar-e-Watan’ in the 1970s which turned to be a success story from the outset because of its content and the variety that caught the imagination of the masses.

‘The Cricketer Pakistan’ remained the first-choice cricket magazine for the serious-minded followers of the game but ‘Akhbar-e-Watan’ was the market leader mainly because of Munir Hussain who put together a literature of different class. 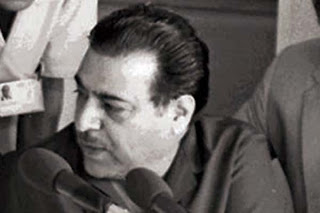 He was an enthusiastic cricketer in his younger days, having played for the Jang Cricket Club for a number of years. He also went on to play a first-class match. A right-arm medium-pacer, he played his only first class game for Qalat District in 1969-70, taking two wickets against Quetta in the Quaid-e-Azam Trophy.

He was proactive in the administration of the game for more than half a century and he was elected the President of the Karachi City Cricket Association (KCCA) in the 1990s. He has become the second former KCCA President, after Dr Mohammad Ali Shah, to have expired during the current year.

Munir Hussain’s fame and recognition had come his way largely due to Urdu cricket commentary in which he stood head and shoulders above his contemporaries. His voice was crisp and distinct which was tailormade for radio. He did commentary for television as well for a number of years rising to the status of a legend.

With the trio of three great commentators, Omar Kureishi, Iftikhar Ahmed and Chishty Mujahid, charming the audience with English of the highest class, it was Munir Hussain who provided it the much needed balance with his broadcasts in Urdu. That was a golden era for cricket commentary in Pakistan when these four legends were there in the box.

Mainly because of his commentary Munir Hussain was a household name all over Pakistan. His popularity went a long way in creating a massive circulation base for ‘Akhbar-e-Watan’ which is believed to have crossed the magical figure of 50,000 copies on quite a few occasions.
readmore »»