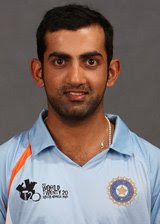 This is a special article for some reasons. Number one my niece, Sameen Tariq, who is not even eight years old yet, instantly complained to me after going through my blog for the first time the other day that why I had not written on Gautam Gambhir whom she had watched on television receiving the Man of the Match award against England only a few days ago.
I was pleasantly surprised with the depth of cricket knowledge possessed by the tiny tot and as a reward I promised her that my very next article will be on Gambhir, who has indeed come of age with his consistent performance in every form of the game during the year drawing to a close.
Another reason for treating this write-up as special is that it would be my 50th article for the blog. The Golden Jubilee of my articles has been reached here and I am really delighted about it.
The coming of age of Gautam Gambhir means a lot to the Indian cricket. This left-handed opener has provided the much needed relief to his flamboyant partner, Virender Sehwag, and together they form the most destructive opening pair in world cricket today.
Sehwag and Gambhir complement each other remarkably well. They have the best possible understanding as both of them have been playing together for Delhi for quite sometime. Their excellent running between the wickets reflects how precisely they read each other’s movements. 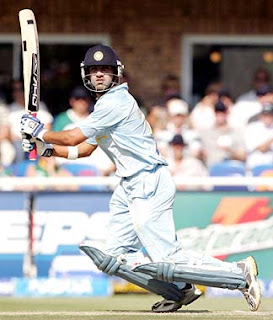 I think this is for the first time in India’s history that they have a pair of attacking openers. They did have a few aggressive opening batsmen in the past as well but never did they possess a set of openers who could do the business from both ends.
Sehwag has been around for quite sometime, having demonstrated his prowess literally in every corner in the world. The only cause of worry for him had seemed to be the change of partners at regular intervals.
With Gambhir in full flow now, Sehwag has the liberty of taking the fight to the opponents from the word go being aware of the fact that his partner will carry it on after his departure something that was missing in the past.
Gambhir had made his Test debut four seasons ago but was unable to deliver and he was then considered more of a one-day specialist. He kept scoring prolifically in the limited overs games that didn’t allow the selectors to write him off at any stage.
Not surprisingly it has his phenomenal success in the limited overs fixtures that brought him in the limelight and led to his return in the Test line-up. He was one of the star performers in the inaugural Twenty20 World Cup held in South Africa last year, helping his team annex the trophy against the heaviest of odds.
The triangular series in Australia early this year saw him grow in stature with every game. His outstanding run against Sri Lanka and Australia helped India win the series for the first time in 27 years. He then excelled in the Indian Premier League, scoring consistently and heavily in the T20 games for Delhi. 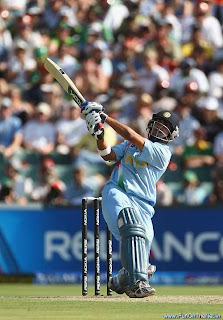 Gambhir has now cemented his place in the Test team by his magnificent run of big scores in the current season. His superlative knocks have been instrumental in guiding India to victories over Australia and England. He has proved that he has the skill and the temperament to play long innings.
Early in his career he was guilty of taking too many risks. He still likes to take the aerial route but he has become wiser in shot selection and there is marked improvement in his technique in letting the ball go.
Attacking play his forte but he has shown that he can also hang around. He has the rare ability to adjust to all versions of the game and he is a welcome addition to the Indian batting line-up already studded with quality performers.
readmore »»