The fifteenth edition of the Diversity Cup Cricket Tournament 2020 turned out to be a spectacular success as all the participating teams and their supporters thoroughly enjoyed the three-day extravaganza in Michigan’s capital Detroit over the Labor Day weekend.

Organized by Global Sports for the fifteenth year running, the Diversity Cup lived up to its big reputation of being one of the most popular cricket tournaments in USA.

Most significantly people from all over the United States and other parts of the world turned up for the event despite the apprehensions caused by the ongoing coronavirus (COVID-19) pandemic.

It was really fascinating to be a part of the festivities which continued from September 5 to 7. These were the moments to cherish as many of us were having such kind of get-together after very long time. 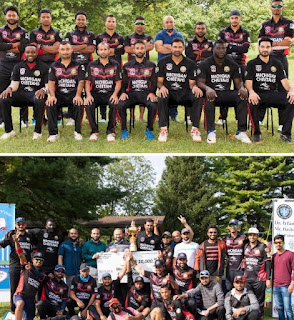 The pleasant weather was an added attraction for participating cricketers of the eight teams who were contesting for the trophy.

All the teams played very well but only two of them could have reached the final and among them one of them had to run away with the trophy.

The contestants were pooled equally in two groups for the preliminary rounds. Pakistan Greens, India Blues, Bangladesh Tigers and Asia United were placed in the Group A while Michigan Cheetahs, USA Blues, Smart Choice World XI and Mich-ca XI were drawn in the Group B.

Pakistan Greens, which also had the services of former Pakistan Test fast bowler, Muhammad Asif, could not extend its brilliant form in the final after having won all their four previous matches in the tournament. 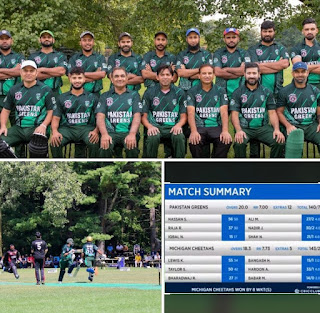 They stood very little chance of winning the final after being restricted to a modest 140 for seven in the allotted 20 overs. Michigan Cheetahs overhauled the target with remarkable ease, powered by half centuries from Lewis and Taylor.

Dr Shaukat Rasheed, based in Toledo, Ohio, had fielded the Pakistan Greens outfit for the first time and his team succeeded in making its presence felt in its maiden appearance.

Iftikhar Ahmed, the owner of Michigan Cheetahs, was rewarded for showing faith in youngsters and his team also featured Najaf Shah, a fast bowler from Pakistan.

Naeem Iqbal of Baitul Mall was the chief guest in the prize distribution ceremony in which Nabeel Ahmed, who has bought a franchise team of Michigan for the Minor League Tournament, also witnessed the final The total prizemoney in the tournament was USD 17,500.

On the sidelines of the Diversity Cup, a coaching camp for the youngsters was held on September 5 in which Jalaluddin, a former Test fast bowler and an ICC Level-4 coach, was the master trainer and I carried out the duty of assisting him. It was an encouraging sign to find the teenagers eager to improve their cricketing skills.
readmore »»