Jonathan Yaqoob, with a six-wicket haul, spun St Paul School to six-wicket victory over Rangers Public School in the inaugural match of the HBL Inter-Schools Cricket Tournament 2014 at the Karachi Gymkhana Cricket Ground on September 18. 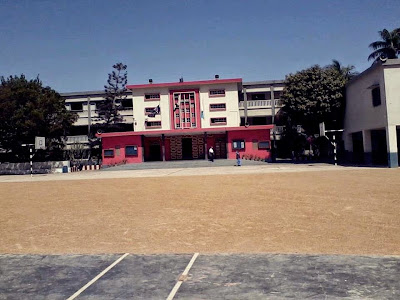 Coming in to bowl as the ninth bowler in the innings, off-spinner Jonathan Yaqoob, adjudged Man of the Match, turned the game around with a spell of six for 34 off 7.1 overs which sent Rangers Public School crashing to 175 all out in 35.1 overs after being 121 for one in 22 overs. Set to score 176 in 40 overs, St Paul School reached the target in 31 overs.

Electing to bat, after winning the toss, Rangers Public Scchool got off to a solid start through the opening pair of Raza Qamar (37 off 50 balls) and Mansoor Hussain (27 off 30 balls). The innings was consolidated by number three Masood Ansari who strick one six and five fours in 50 off 56 balls.

The off-spinning trio of Jonathan Yaqoob (6-34), Rohit Mukesh (2-20) and Hamza Khan (2-30) brought about a dramatic collapse that saw Rangers Public School lose their last nine wickets for only 54 runs.

Before the start of the opening match more than 500 students from the participating schools had participated in the inauguration ceremony graced by Pakistan’s cricketing icons Shahid Khan Afridi and Younis Khan, both of them proud products of HBL.

The tournament, being contested by 32 teams, including a couple of them selected by HBL on the basis of open trials, is being organized by the Pakistan Veterans Cricket Association (PVCA). At the end of the league matches, the eight group champions will qualify for the quarter-finals. The final is due to be played at the Karachi Gymkhana on November 27.
readmore »»


Mohammad Sajjad, the first-ever cueist to be taken in their folds by the National Bank of Pakistan (NBP), regained the NBP trophy, sponsored by his employers, by outsmarting eighth seed Imran Shahzad in an all-Punjab final. 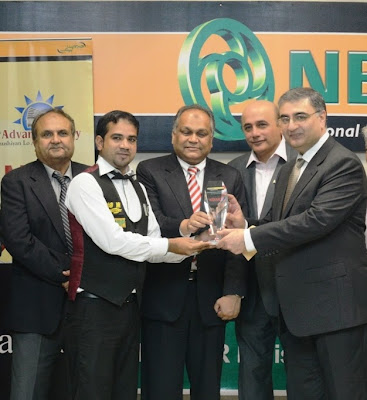 The prize distribution ceremony, in which Nausherwan Adil, Senior Executive Vice President & Chief of Operations Group, was the chief guest, was held soon after the conclusion of the final. Shoaib Ahmed Siddiqui, Commissioner, Karachi, was also present on the occasion.

Both the speakers commended the improvement in the standard of snooker at the national level in the recent past, hoping that the momentum will be sustained in future as well.

Alamgir Anwar Shaikh, President, Pakistan Billiards & Snooker Association (PBSA), in his welcome address, acknowledged the overwhelming contribution of NBP by means of employing as many as four cueists besides sponsoring a national ranking event every year.

Cash prizes of Rs 174,000 were disbursed among the top performers with winner Mohammad Sajjad receiving a purse of Rs 60,000 and runner-up Imran Shahzad getting Rs 35,000. The losing semifinalists, Abdul Sattar and Asjad Iqbal, earned Rs 15,000 each while Hamza Akbar won the highest break award, fetching him Rs 5,000.

There was broader smile on the face of Mohammad Sajjad when he was presented a bonus cheque of Rs 100,000 by the NBP management for having played the semifinals of the IBSF World Snooker Champion last year. 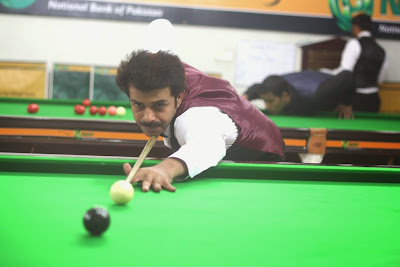 The best of 15-frame final, featuring two of the most accomplished cueists of the country, produced high class snooker in which Sajjad succeeded in overcoming a spirited comeback from his experienced opponent.

Sajjad, who had toppled the defending champion and top seed Asjad Iqbal in the semifinals less than 24 hours ago, started off from where he had left the previous evening. He was quickly into 4-0 lead, looking in total command of the situation.

After pocketing the opening frame without too much hassle, he registered a superb break of 102 in the second frame and followed it up with another one of 63 in the very next frame. He was tested slightly in the fourth frame which he also won convincingly in the end.

Imran, having been engaged in a marathon duel with sixth seed Abdul Sattar in the semifinal the other day, opened his account by winning the fifth frame and made it 2-4 by also wrapping up the next one.

Sajjad was not overawed by the big occasion and he relied heavily on his break-building ability which saw him win the next three frames on a trot. He compiled breaks of 83, 65 and 60 in successive frames to move 7-2 up and just a single frame away from title win.

Battling for survival, Imran also showed his pedigree by winning three frames in succession to reduce the deficit to just two frames. He followed up his break of 53 in the 11th frame with one of 93 in the 12th frame to make it 5-7. At this point Imran needed to continue winning three more frames while Sajjad’s requirement was just one.

The momentum was with the former and he possessed the capacity to stage to turn it around, having done it before. Sajjad was alive to the situation and he didn’t let Imran repeat the heroics of yesteryears. The highly gifted youngster from Sargodha sealed the fate of the match by snatching the 12th frame. But there was consolation for the vastly experienced Imran to have gone down fighting after a nightmarish start to the game.
readmore »»