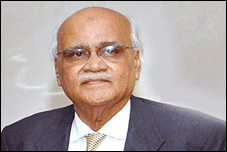 Federal Minister, Pir Syed Aftab Hussain Shah Jilani, has declared the ongoing elections being held under the auspices of the sitting officials of the Pakistan Cricket Board (PCB) as illegal.

Pir Aftab Jilani, who is himself the Co-Chairman of the PCB Constitution Committee, did not mince words in stating that the present officials of the Board were not authorized to hold the elections.

“The elections that they have been holding recently are against the rules. Only the newly appointed election commissioner would be entitled to organize the election process in accordance with the new constitution of the PCB,” Pir Aftan Jilani, Federal Minister for Inter-Provincial Coordination, remarked in an interview the other day.

“I am really surprised to find the resources of the PCB being wasted on a futile exercise. The PCB Chairman, Ijaz Butt, must be aware of the fact that the present management didn’t have the authority to these elections. Yet they are going ahead with it thus engaging themselves in illegal activities. As a matter of fact the PCB is flouting even its own constitution by holding these elections,” he reckoned.

Pir Aftab Jilani, who remained the Federal Sports Minister for over a year, also expressed his disappointment with the working of the PCB resulting in the poor performances by the national team.

Pakistan’s cricket team has just been whitewashed in the Test series in Australia, after having shared the honours with the lowly-rated New Zealand a little while earlier.

“The Federal Ministry of Sports, which is the supreme body, advised the PCB on numerous occasions but they have continued to do things according to their own whims and wishes which caused embarrassment for the whole nation,” he stated.

Pir Aftab Jilani, himself a former first-class cricketer, believed that cricket in the country will flourish with the incorporation of the new constitution of the PCB worked out on democratic lines. 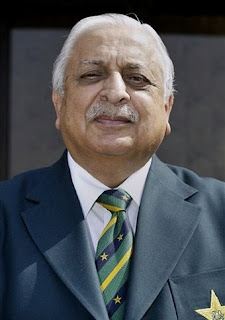 “Our goal is to strengthen the institution. Cricket is the most popular game of the country and it should be run in professional manner so that we could make most of the enormous talent that we have been blessed with,” he said.

Pir Aftab Jilani’s comments bring to light the inefficiency and bias in the affairs of the PCB. He agreed that the PCB has been a victim of dictatorship of late with Ijaz Butt calling the shots on his own.

It’s an open secret that the PCB Chairman has been making decision arbitrarily and he has often been summoned by the National Assembly’s Standing Committee on Sports headed by Jamshed Dasti.

There’s a feeling that Ijaz Butt has continued to survive at the helm of the affairs, despite the criticism by the media in particular and the public in general, because of his influential brother-in-law, Chaudhary Ahmed Mukhtar, Federal Minister for Defence, and a central figure of the ruling party.

It remains to be seen for how long Ijaz Butt will be stay there because there are signs of pressures from within the government for a change. readmore »»