The love and affection the Sri Lankans have had for Pakistan over the years were evident in the one-off Twenty20 International between the two friendly nations at the Premadasa Stadium in Colombo on the night of August 12. 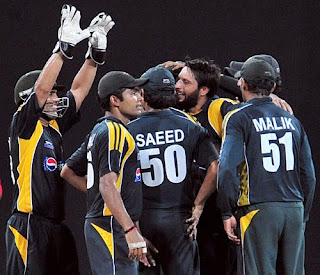 Sri Lanka, having traditionally been generous towards Pakistan, gave a perfect sendoff present to Shahid Afridi and his boys. In fact it was a huge gift for the entire nation on the eve of the Independence Day falling on August 14.

Pakistan could not have wished for a better ending to the tour. As they say all is well that ends well. Who cares now for the losses in the Test series and the ODI series? Isn’t it a big bonus winning the last three games by imposing margins after having been outplayed in all departments of the game?

Now who can classify this as a disastrous tour when you win the last couple of One-day Internationals by over one hundred runs and the Twenty20 International by a whopping margin of 52 runs?

Well done Sri Lanka for having let the Pakistan team return with plenty of smiles. They proved themselves the most gracious of hosts for Pakistan once more. The only ‘cause’ of regret for them might be the Test series win because never in the past they had dared doing it.

There was plenty of noise and buzz at the ground when the two teams, who contested the World Twenty20 final in June, were up against each other. Little did the crowd know that they won’t be getting the chance to witness a close match!

The entire concept of a Twenty20 game is killed when one of the contestants is not on it with heart and soul. Obviously it becomes a one-way traffic when only one team is playing for win and the other win is there to fill in the numbers. 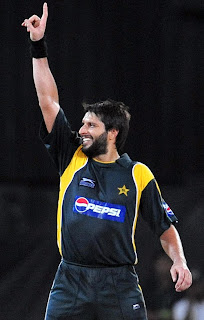 It was a pity that the Sri Lankans, otherwise such a talented and balanced outfit, gave such a poor account of themselves in the format of the game they are expected to excel more often than not while playing on their own soil.

How often would you watch an international cricketer drop a sitter as Lasith Malinga did in the second over of the game that allowed Pakistan to attack the bowlers after a quiet start? It was the simplest of chances but Malinga made a mess of it. It very clearly demonstrated the lack of focus on part of the Sri Lankans.

Mahela Jayawardene, a former captain and one of the best fielders in the world, ensured that Malinga wasn’t embarrassed by dropping even an easier catch on the last ball of the Pakistan innings. He had earlier let one go between his legs while fielding in the deep.

So there was plenty of amusement in the game and the Sri Lankans never really looked in the hunt. Shahid Afridi could not have asked for any ‘softer’ opposition in his first game as captain at the international level.