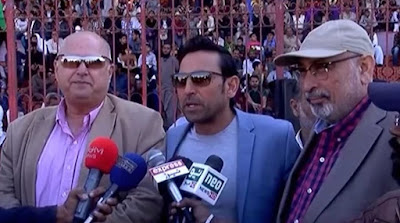 Younis Khan, a former Pakistan captain and the highest run-getter for the country in Test cricket, gladdened the hearts of the participants, guests, dignitaries and organizers of the KMA Sports Gala 2020 during its opening ceremony, in which he was the chief guest, held at the KPT Sports Complex, Karachi, on February 1.

It’s not often that the chief guest, irrespective of his own stature or that of the hosts, arrives right on time but Younis Khan, widely respected for his gentlemanly actions, broke the tradition by reaching the venue of the ceremony at the designated time of 10 am.

Everyone present on the occasion was pleasantly surprised to watch the batting great enter the KPT Sports Complex in time which allowed the opening ceremony to take place in accordance with the original plan, instead of being forced to alter it because of the delayed arrival of the chief guest. 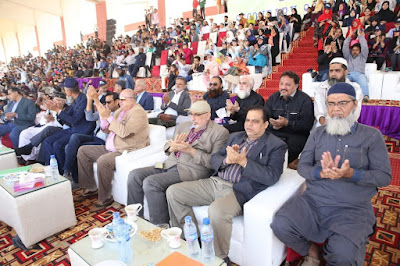 The colorful opening ceremony of the KMA Sports Gala 2020 was made memorable by the presence of the cricketing heroes of the caliber of Younis Khan, Jalaluddin and Haris Ahmad Khan.

It seemed to be in the fitness of things that the first-ever sports gala to be organized by the Kutiyana Memon Association (KMA) Education Board was graced by such eminent personalities of the sporting world.

Jalaluddin, a Test fast bowler, who holds the distinction of recording the first-ever hat-trick in One-day Internationals, is now among the highest qualified cricket coaches of the country.

Both Younis Khan as well as Jalaluddin appeared to be overwhelmed by the enthusiasm of the students and teachers of the KMA-run educational institutions which was evidenced by their fabulous display in the opening ceremony. 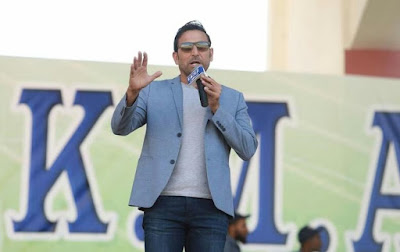 The atmosphere at the KPT Sports Complex was nothing short of electric and there were thousands of spectators watching the spectacle at the football ground.

With more 6,500 students enrolled at the various schools and college of the KMA, it was not surprising to find such big number of people having assembled for the opening ceremony.

Younis Khan, granted well-deserved hero’s reception upon arrival at the stadium, was full of smiles and praise for the KMA officials to have organized a sports gala in befitting manner.

“It seems like the Pakistan Day or the Independence Day. It’s wonderful to have such animated surroundings. It’s really lovely to watch the students being so passionate about sports. It augurs well for the country,” Younis Khan declared amidst loud applause. 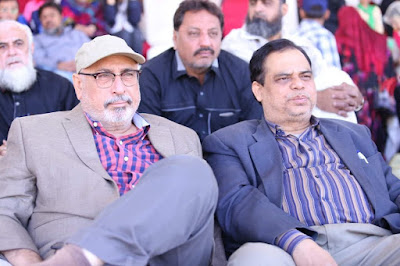 Jalaluddin, having trained hundreds of young cricketers at his academies over the years, was also impressed with the initiative and he hoped that it would be beginning of something big for the students of the KMA educational institutions.

“The organizations like the KMA, who have the infrastructure as well as the resources, can play a vital role in building sports culture in the society. Their students will benefit a great if they could be engaged in competitions and tournaments of sports on a regular basis,” Jalaluddin opined.

Haris Khan, the tall off-spinner, was appreciative of the decision of the KMA Education Board to launch a sports gala and expressed the hope that it will go on to become an annual event on their calendar in future.

Indeed it's a great beginning as far as the KMA Sports Gala is concerned and judging by the success of its opening ceremony there are strong enough indications of it becoming a regular feature.
readmore »»