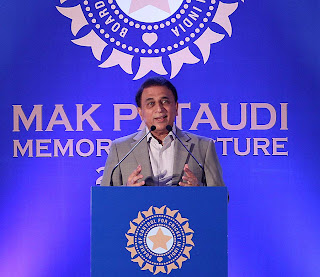 It was another vintage Test double century by the great opener who talked at length about the various aspects of ‘Tiger’ Mansur Ali Khan Pataudi’s personality in the typically graceful style of his.

Sunny Gavaskar lived to the reputation of taking his time and making his presence in a big way instead of unleashing just a few flashing shots before disappearing. It was a speech to remember and a lecture to savour.

The Board of Control for Cricket in India (BCCI) could not have chosen a more appropriate person for the occasion. Sunny knew Tiger well enough and held him in high esteem all along as was reflected during the marathon speech whose text was both enlightening as well as enchanting.

Following are the excerpts:

“The difficult part is that right till the Nawab of Pataudi Jr passed away, I never knew how to address him. The first time I played under him was for the Vazir Sultan Colts XI in the Moin-ud-Dowla Gold Cup.”

“We were about 16 years old at that time, socially challenged, and so we were in one corner. All the executives of Vazir Sultan were in another corner, and we never got the opportunity to speak to Tiger.”

“I gathered up enough courage and said, 'What do we address you as? Nawab saab, captain, skipper, Pats, Tiger?' These were all the names that we'd heard him being addressed as by various other people. But we were all kids. The Nawab finished tying his shoelaces, looked up at me, turned and went away. So, we were none the wiser.” 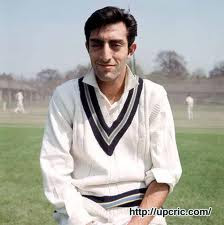 “I met him several times after that. I spent a lot of time with him when I got into the Indian team. But I could never actually call him anything. Every time there was an opportunity to talk to him, I went directly to him, instead of calling him by any name. So that really is going to be the tough part today. But just because he's addressed by just about everyone in their conversations, be it cricket or anything else, as Tiger, with your permission, I am going to address him as Tiger.”

“Tiger was an extraordinary cricketer. To be able to play cricket with just one eye - and the splinter that went through his eye, you could actually see the scar in the eye when you were close to him - and score almost 3000 (2793) runs is something terrific. I mean, it's hard enough to see the cricket ball with two eyes, and here was a man who played with just one!”

“The best thing about Tiger was that with his batting style and his approach to the game, he liberated Indian cricket. Till then Indian cricket was more about letting things drift than making things happen. Tiger changed the entire outlook and mindset. He stepped down the pitch to the spinners and lofted the quicker bowlers over the infield, which wasn't done before.”

“India was a team which was being run-over by just about every other team. But when Tiger came in, he gave the team the belief and the confidence that they could play against any opposition, do well, and even go on to win. His charisma was such. It was incredible.”

“He was one of those cricketers that you could never take your eyes off. If he was standing at covers and the action was going on in the middle, you would be looking at Tiger Pataudi. Yes, to a peripheral vision you were watching the action but he had that magnetism.” 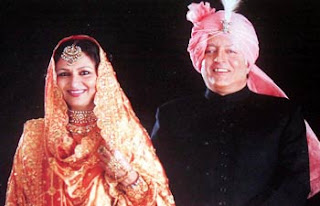 “He was very good-looking as well. I keep saying that the 1960s has to be the most glamorous decade in Indian cricket. We had some really good-looking guys and they were dating some gorgeous women. Tiger Pataudi himself was dating the leading film star of India - Sharmila Tagore.”

“Tiger also was an outstanding fielder. I think in the history of Indian cricket, Tiger has to rank among the top-three Indian fielders ever. Tiger himself, Eknath Solkar, who is no more with us, and Mohammad Azharuddin - these three would be, in my view, the top-three fielders of India. Wherever they stood - close-in, in the outfield - they were outstanding.”