The legendary Pakistani batsman and former captain, Hanif Mohammad, who was famed for emerging triumphant against the heaviest of odds, having played the longest innings in Test cricket, performed a miraculous recovery before succumbing one last time in his life on August 11. 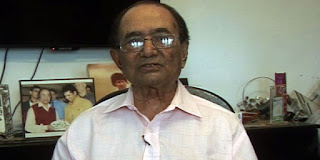 He lived to the reputation of going down fighting. Having withstood the fury of the most dangerous fast bowlers of the world his last battle was against the deadly disease of cancer. He came perilously close to defeating it.

Miraculously was revived back to life after being declared clinically dead for six minutes at the Aga Khan Hospital in Karachi. But he expired later in the day at the age of 81. 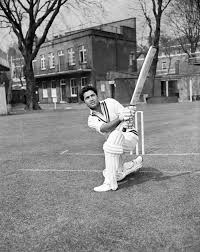 Hailed as the original 'Little Master', Hanif was diagnosed with lung cancer in 2013. He had recovered after the surgery and treatment in London three years ago but his condition deteriorated a few weeks ago and had been having treatment for respiratory complications which proved fatal.

Hanif's son, Shoaib Mohammad had first announced from the hospital on various television channels that his father had died after losing a protracted battle with various ailments due to which doctors had put the former legend on a ventilator. But only a few minutes later it was announced that Hanif had not passed away and was alive.

"His heartbeat had stopped for six minutes but the doctors managed to revive his heartbeat back. God has given him a second chance and I just feel this is due to the prayers of his millions of fans and supporters," Shoaib was quoted as saying.

"Hanif Mohammad is alive and he is being provided the best possible treatment after he was admitted to hospital for complicated respiratory problems two weeks back, He is now on a ventilator and in intensive care unit getting treatment for complications due to his lung cancer," the hospital spokesman followed up much to the relief of the cricket community which was heartbroken earlier. 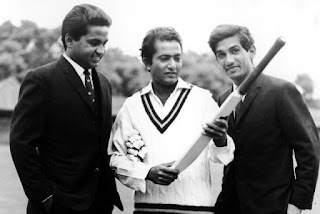 The joy of getting a new lease of life from the jaws of death was shortlived, however, as the greatest-ever opening batsman of the country lost the battle against cancer later in the day.

Hanif, one of the original inductees into the ICC Cricket Hall of Fame, was only one of the three surviving members of Pakistan’s first-ever Test team that played against India in 1952-53. With his demise, Waqar Hasan and Imtiaz Ahmed now remain the only two survivors now.

Born on December 21, 1934 in Junagadh in the Indian state of Gujarat, Hanif and his four brothers, Raees, Wazir, Mushtaq and Sadiq, formed one of the most famous cricket dynasties of all time. Four of the five brothers played Tests while Raees, a 12th man once, was the only one to miss out. 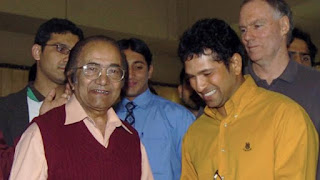 At least one of the Mohammad brothers played in Pakistan's first 101 Tests. Hanif's son Shoaib played 45 Tests while his grandson Shehzar 30 first-class matches.

Three of his brothers, Raees, Mushtaq and Sadiq, attended the funeral while the fourth one, Wazir, who’s reportedly ill, was unable to reach from London.

In a distinguished international career spanning 17 seasons, he amassed 3915 runs at an average of 43.98 with the help of 12 centuries in 55 Test matches which was a Pakistan record at that time for both runs as well as centuries. His highest score was that monumental 337 which allowed Pakistan to save the Barbados Test in 1958 after following on.

He had occupied the crease for no less than 970 minutes which still remains the longest Test innings are more than 58 years.

The following season he surpassed Don Bradman's record for the highest individual first-class innings by making 499 before being run out attempting his 500th run. The record stood for more than 35 years before being broken by Brian Lara in 1994.
readmore »»