The Pakistan Cricket Board (PCB) had informed the International Cricket Council (ICC) that suspected bookmakers were staying on the same floor as the Pakistan players in the team hotel in Colombo. 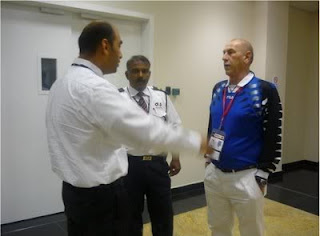 Salim Altaf, the PCB's Chief Operating Officer (COO), was quoted as saying that the Anti-Corruption and Security Unit of the ICC had a representative in Sri Lanka who was looking into it.
"He will obviously report back to the ICC and I see this taking some time. We will wait for his report," he was reported to have said.
The PCB had approached the ICC after Pakistan lost the three-match Test series as well as the five-match ODI with a couple of one-dayers still to be played during their ongoing tour of Sri Lanka.
Back home Pakistan’s successive defeats in Sri Lanka were being viewed with shock and suspicion because the triumph in the ICC Twenty20 World Cup in England was fresh in minds of the people.
The ICC didn’t waste time in acknowledging the report being received from the PCB as one of their spokesmen, Brian Murgatrord, confirmed that the body was aware of the issue at the hotel.
"We can confirm the ICC's Anti-Corruption and Security Unit is aware of the matter and will deal with it as appropriate," he was quoted as saying.
The ICC's Anti-Corruption and Security Unit would have hardly got any time to deliberate on the issue before the last two ODIs produced the most unexpected of results and there were people believing that there’s something fishy in the turn of the events.

Sri Lanka, having won the first three ODIs so convincingly to seal the series, lost the last two games with the heaviest of margins thus taking everyone by surprise.

Not sure if the Sri Lankan cricket authorities would be interested in pursuing the matter but it’s for the ICC's Anti-Corruption and Security Unit to have a re-look at the events of the last two ODIs in particular.

It’s hard to comprehend a team, having excelled in the earlier part of the series, playing so unprofessionally or loosely to bring about massive defeats upon themselves. Obviously it’s not easy even to lose a match by a heavy margin and a lot of effort is needed for this exercise as well.

The most dramatic of turnarounds then began. Pakistan, helped by 29 wides, reached a score of 321 in the fourth game. It was a perfect batting strip of R Premadasa Stadium in Colombo and the hosts were expected to give a befitting reply. But they bundled themselves out for 175 in 36.1 overs to lose the match by a staggering margin of 146 runs. 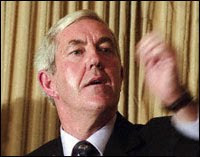 The history of the previous game was repeated in the fifth and final ODI at the same venue with the hosts crashing to 147 all out in 34.2 overs while chasing a target of 280 to lose the match by 132 runs.

Cricket remains an unpredictable game but why it becomes so predictable at times is anybody’s guess. The ICC must ensure greater discipline and stricter laws should be enforced to counter such events that bring the game to disrepute.
readmore »»