Sri Lanka have managed to square the series by winning the second One-day International against Pakistan at the National Stadium, Karachi, on January 21. It was a comprehensive win on paper but it still reflected their inability to make use of the flying start. 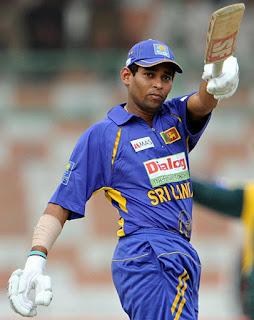 For a moment it had looked that Sri Lanka would lose their way in exactly the same manner as they had done on the previous afternoon. They fared better than what they had done in the opening but their batting could not take the advantage in the final phase of the innings.

Sri Lanka were expected to post a total well past 300 when they were cruising at 165 for two in the 29th over. Generally the 30-over score is doubled during the last 20 overs in a 50-over game and with so many wickets in hand the visitors were ideally placed to do that in the friendliest of batting conditions.

To have finished at 290 in 50 overs meant their batting was still not firing on all cylinders. The nature of wickets in Bangladesh might have restrained their free-flowing batsmen but there was hardly any excuse for not having pushed for runs on the National Stadium strip full of runs.

The stroke played by Tillakaratne Dilshan in the 29th over didn’t make sense. He threw away his wicket when in complete command of the situation. It was a soft dismissal against the run of play and it cost his team quite a few runs in the end.

Dilshan, basically a middle-order batsman, probably looked unaware of the fact that the task of an opening batsman is to play to for as long as possible instead of considering his job done after playing out 30 overs.
That Sri Lanka pulled off a comfortable 129-run victory despite having been restricted to 290 was owed much to their opening bowlers, Nuwan Kulasekara and Thilan Thushara, who broke the back of the hosts top-order batting.
The celebrate spin duo of Ajantha Mendis and Muttiah Muralitharan came into the picture much later. The platform was set for the two spinners to force the issue after the fast bowlers had shaken the top-order. 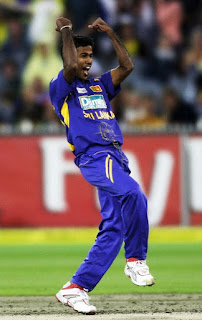 The match was still wide open when Salman Butt and Shoaib Malik negotiated the deadliest of spin bowlers with the minimum of hassle. The century partnership, in fact, had provided Pakistan an opportunity to seal the series.
The complexion of the game changed when the big stand was broken and it allowed the spinners to get on top and settle the issue. The deficiencies in the Pakistan batting were exposed and the contest became a one-sided affair in the end.
The Sri Lankan certainly comparatively played better cricket but Mahela Jayawardene must be aware of the fact that his guys need to raise the bar and be more consistent in future games. He has such a gifted side at his disposal but somehow they have not been coming as well as they should be. One reason could be playing far too many games but that has very much become a norm in international cricket these days.