Haris Nadeem, a resident of Nazimabad, came close to becoming the first cueist from Karachi to win the national junior snooker title but he ran out of steam at the last hurdle with Mohammad Majid Ali, one of the most promising youngsters of the country, proving too good for him. 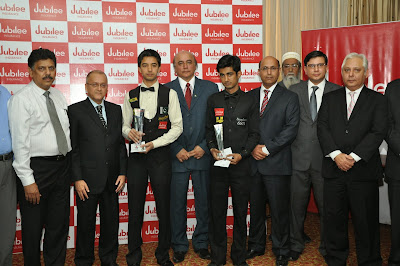 The teenager from the little-known town of Samandari located in District Faisalabad of Punjab annexed the Jubilee Insurance 6th National Junior Under-21 Snooker Championship 2014 by outplaying the Sindh Cup champion, Haris Nadeem, in the final at the Movenpick Hotel, Karachi, on February 20.

He simply extended his superlative for, having toppled Hamza Akbar, the top seed as well as the reigning national champion, in the semifinals. In the final he was also helped by the lack of big match experience of Haris Nadeem who was missed quite a few easy balls, appearing to have been overawed by the occasion. 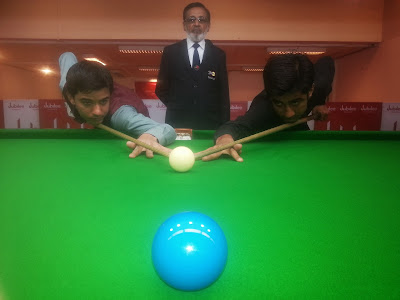 The beaming Majid Ali also received another cash award of Rs 10,000 for registering the highest break (101) of the competition while Hamza Akbar and Mohammad Faheem, both of them from Punjab, got Rs 10,000 each for being the losing semifinalists.

Tahir Ahmed, in his welcome address, expressed his delight with the continued emergence of bright young talent from every nook and corner of the country. He advised the youngsters to study the biographies of the sports greats produced by Pakistan and derive inspiration from their accomplishments in order to acquire consistency in their own performance.

Javed Ahmed also applauded the grit of the junior cueists and he hoped that Pakistan will continue bringing home titles after titles in snooker as they have been doing in the recent past. He commended the finalists to have made the cut from a highly competitive draw.

In his welcome address, the President of the Pakistan Billiards & Snooker Association (PBSA), Alamgir Anwar Shaikh, made special mention of local youngster Haris Nadeem for having played exceptionally well to reach the final of the six-day event.

He announced that the quartet of Majid Ali, Haris Nadeem, Hamza Akbar and Mohammad Faheem, will represent Pakistan in the upcoming Asian Junior Snooker Championship to be held in Mohali, India, in April and they will participate in a one-month training camp will be organized at Faisalabad.
readmore »»