Race against time as NSK renovation gears up for PSL


It will be race against time as renovation and refurbishment work at the National Stadium Karachi (NSK) has geared up for holding the third edition of the Pakistan Super League (PSL-3) in February 2018. 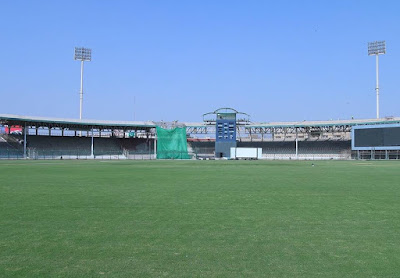 The country’s premier Test centre has been without proper international activity since 2009 although an invitation XI, featuring quite a few foreign cricketers, had played a couple of T20 games against Pakistan XI in 2012.

The pressure was mounting on the Pakistan Cricket Board (PCB) to restore international cricket in Karachi as well. The PCB Chairman, Najam Sethi, then announced that Karachi will host at least four matches in the PSL-3.

He also disclosed having tried his best to hold one World XI match in Karachi but the International Cricket Council (ICC) didn’t agree. He hoped that the NSK will be in line for hosting international matches in future after successfully staging its matches of the PSL-3. 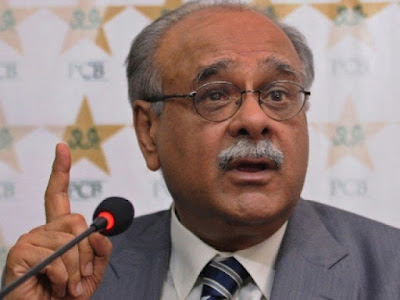 Holders Islamabad United, runners-up Quetta Gladiators, Karachi Kings, Lahore Qalandars, Peshawar Zalmi and the newly included Multan Sultan will take part in the PSL-3 which is likely to start from the middle of February and conclude with final on the Pakistan Day (March 23).

Meanwhile the National Logistic Cell (NLC) Engineering Department has been assigned the task to complete the first phase of the renovation work ahead of PSL matches.

The PCB had awarded a Rs. billion NSK up gradation work to NLC with NESPAK as its consultant. According to the contract, the work has to be completed in one year time. “We are determined and eager to complete the task of first phase within the allocated time,” Project Manager NLC Engineering, Wing Col (Rtd) Muhammad Sohaib, stated.

He said that they were using different work force for the purpose. It started with a work force of at the start and presently around 50-60 people were on the job “We use the work force as per our requirement,” he remarked. 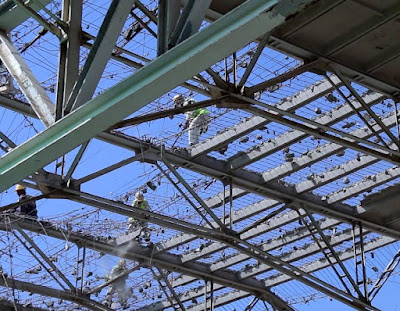 A recent visit to NSK showed that all the 22 public bathrooms with 8 to 10 toilet blocks have already been dismantled while roof of the VIP stands including Hanif Mohammad and Javed Miandad enclosures has already been removed and this will follow in respect of other stands.

The installation of 30 new hospitality boxes with attached bath rooms located technically on the fourth floor is also part of the first phase with installation of a modern lift for these boxes.

The chairman boxes with capacity of around 100 signatories, teams’ dressing rooms, umpires rooms, referee room, physiotherapist room, and broadcasters and media boxes will also be renovated and upgraded with modern facilities.

The 33,000 capacity stadium last staged a major international event of Asia Cup in 2008, a memorable event participated by holders Sri Lanka, India, Pakistan and Bangladesh. The entrance of the stadium will also be improved and both the roads inside will be carpeted. Parking facilities for around 500 to 600 vehicles is also being created.
readmore »»