Habib Bank trio does the trick for Pakistan

Cricket in Pakistan has flourished mainly because of the proactive role of a few financial institutions and corporations, who have braved the deficiencies in the system besides the recession to keep the game afloat in testing times. Their role needs to be acknowledged at the time of the glory because they are the ones who make it possible. 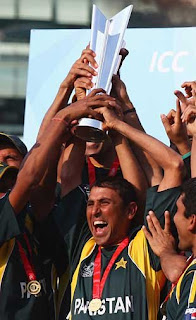 At a time when the Pakistan cricket team has made the entire nation proud by annexing the ICC Twenty20 World Championship in England we must not forget the contribution of the institutions and the individuals whose untiring behind the scene efforts helped in accomplishing a gigantic task.

It’s not mere coincidence that Younis Khan, Shahid Afridi and Umar Gul, who were the architects of the title win, belonged to one organization, the Habib Bank Limited (HBL) with whom they have been associated for quite sometime now.

Yes the skipper of the winning team, as well as the best all-rounder and the best bowler of the tournament are the proud products of one institution. The HBL management deserves the credit for having groomed the champion stuff.

The oldest as well as the biggest bank of the country, the HBL has been in the forefront as far as the development and promotion of sports are concerned for a number of decades now. They have not withdrawn their support to sports even when many of their competitors did it under the cover of curtailing costs. 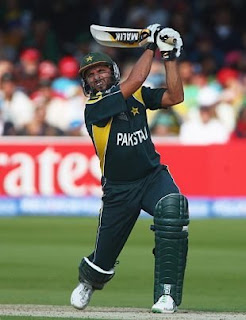 In fact, the HBL management has strengthened its relations with sports during the last eight or nine years. Sports remained in their list of priorities and their President, Zakir Mahmood, himself a leading bridge player, withstood the pressures to sustain the support. Another person who was instrumental in keeping the candle lit was Zafar Aziz Osmani, who has had great passion for sports.

The duo of Zakir Mahmood and Zafar Osmani managed to ensure the desired support even when the bank was denationalized and a new board was constituted. The credit should also go to the new HBL management, particularly their Chairman, Sultan Allana, for not having compromised on sports.

The HBL management should now have the reasons to feel delighted because their persistence has earned laurels for the country at a critical time. They have invested heavily on the cricketer and the results have now been delivered.

The Pakistan cricket has been in turmoil over the years. The Pakistan Cricket Board (PCB) has been in the news for the wrong reasons more often than not in the recent past. In these circumstances the role of the departments and the affiliated units of the PCB becomes even more important.
The cricket boards over the years have not been able to do justice with the various departments who have been their all-weather friends. Some of the board officials, obviously with the vested interests, have also discouraged and humiliated the departments but fortunately they didn’t succeed in their plans. 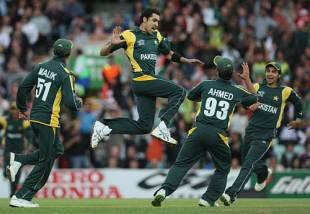 It’s celebration time now. The mood of the entire country, from Karachi to Khyber, has changed and some positive vibes are coming for a change. Let us salute the heroes the ones who were visible and those who preferred to remain invisible like the HBL management. But their contribution was no less invaluable than those having done it on the field.
readmore »»