It was quite a big day for me on August 21 as I was presented a Certificate of Excellence by two of the leading Rotary personalities of the country, Aziz Memon and Syed Shahab Balkhi. It was deemed as a great honour for our Rotary Club of Karachi Airport as well.

Obviously every award as a significance of its own but the Rotary recognition is something that’s dearer to the heart because of the noble causes being pursued by this leading international voluntary organization of which I have been a member for the past six years now. 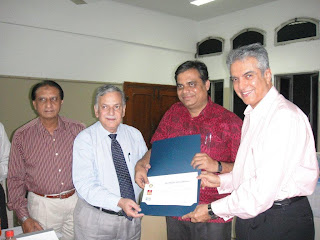 There was even greater pleasure to have received the award from a man called Aziz Memon, who has been one of my role models for the last many years. He was not only responsible for motivating me to join Rotary in 2004 but he has remained an inspiration all along with his deeds and words.

Different people have different reasons to know Aziz Memon because he has been blessed with such a versatile personality and for whom the sun never sets. He starts his day at office before 9 each morning and trust me he has the same energy level when we meet him late at night in various ceremonies.

His time management, besides quite a few other outstanding qualities, is truly incredible and I am sure we need to learn from him. He has set very high standards for himself but most importantly he meets the challenge with a smile.

Aziz Memon had rewritten the Rotary history when he was District Governor in 2007-2008. Now Shahab Balkhi has also taken over the reigns at a historic time, having become the first Governor of the newly founded District 3271, covering Sindh and Balochistan.

The visit of Aziz Memon and Shahab Balkhi to Rangoonwala Community Centre, where Rotary Club of Airports convenes its weekly meetings on Saturdays, on August 21 was a Red Letter Day in the history of our club.

The Club President, Anwar Jabeen Qureshi, was both happy and relieved. So was the Club Secretary, Shah Mohammad Anwar. Both these gentlemen had worked extremely hard to put the acts together in making the necessary arrangements for the visit of the two dignitaries at a rather short notice.

The other members of the club present on the occasion were Abdul Hamid, Mohammad Nazakat Ali, Shamim Khan, Wasim Yousuf, Sameer Baig and Mahmood Nawaz.

Besides the award presentation by Aziz Memon, there was a full board meeting chaired by Shahab Balkhi as it was also the Governor’s Official Visit to the club.

The Governor, who was generous enough to recognize our project of Mobile Library & Resource Centre in his speech in the installation ceremony on July 10, had a lively interactive session and he was thoroughly impressed by the efforts being made by the club.

He agreed that once the pilot project of Mobile Library & Resource Centre became ready our club will be in much better position to seek partner corporate organizations to spread it further.

He was informed that our club will be actively participating in community service by providing equipments to needy schools and colleges, donating books to educational institutions and public libraries, donating sewing machines to needy women, donating equipments to charity hospitals, holding free eye camps and medical clinic and holding career development seminars for youth.
readmore »»

England fans should get ready for another Ashes whitewash

If Andrew Strauss and his team have the capacity to lose a Test match to the Ijaz Butt XI playing under the banner of Pakistan then I am afraid no force on earth might be able to save them from whitewash in the upcoming Ashes battle in Australia. 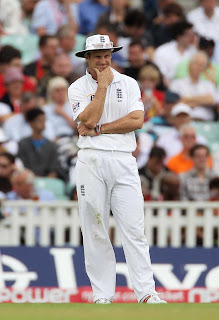 England could only be saved by rains or floods or any other natural calamity Down Under during those Test match days. The manner in which England got outplayed at The Oval there’s very little chance of them coming to terms to the Australian brand of cricket in the Ashes series due to start in just a few months time.

Even in the absence of Shane Warne, Glenn McGrath, Matthew Hayden, Justin Langer and Adam Gilchrist, having retired after whitewashing England four seasons ago, Australia’s mental toughness remains second to none and they have faltered rarely even with their depleted outfits.

Yes Ricky Ponting’s team had also suffered a shocking defeat at the hands of Pakistan earlier this summer in England but the Aussies have played that kind of untidy cricket once in many years.

Australia’s fast bowling was at the lowest ebb in the two-Test series against Pakistan that pushed Ponting to the corner and he had to look to the part-timers for wickets in conditions conducive to seam movement.

It was amazing to watch the trio of Doug Bollinger, Mitchell Johnson and Ben Hilfenhaus having forgotten the elementary lessons and not being able to put the ball in the right areas against batsmen who were themselves shy of attacking them.

If Ponting had to throw the ball to the likes of Shane Watson, Steve Smith and Marcus North for wickets on the Headingley pitch against the inexperienced Pakistan side it reflected total chaos in his arsenal. 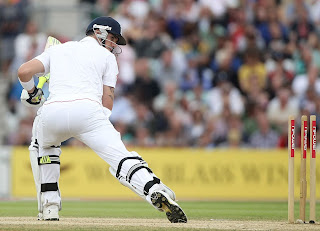 I can’t recollect the Australian fast bowlers bowl as poorly as they did in the Headingley Test where they should have made up for the shortcomings and failures of their own batsmen.

Australia can’t be expected to falter again and that too in their own den where the conditions would be entirely different. The bounce of the pitches will test the England batsmen who have now been struggling to put their acts together in the home series against Pakistan.

Ponting appears fully determined not to let England escape and his recent statement of pursuing another whitewash now makes greater sense following the debacle of the hosts at The Oval.

England are currently in possession of the Ashes which they had regained at home last summer with Strauss having led the hosts to the famous victory.

Now the victorious skipper of 2009 should get ready for facing the music in 2010-11. The story might not be dissimilar to one after 2005 when England had clinched the Ashes after 18 long years.

Ponting’s fierce determination and the recent loss of confidence of Strauss could be a major factor in pushing England to the wall once more.

The England fans traveling in large numbers to Australia for witnessing the Ashes battle will have be patient as their endurance level would severely tested.
readmore »»