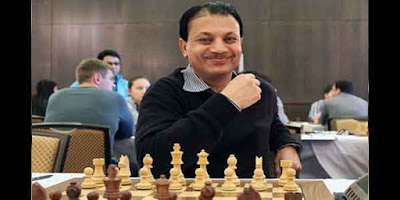 “I have received an invitation through Federation Internationale de Chess (FIDE). It’s a great honour for me as well as Pakistan for its being the global event. The FIDE Executive Director Nigel Freeman has sent me the invitation for this prestigious event,” he informed reporters upon arrival from Lahore en-route to Saudi capital on December 23.

Mahmood Lodhi had become the first-ever GM in 70-year history of Pakistan when he won the Asian Senior s Chess Championship in Auckland few months ago.

“The World Chess Champion Magnus Carlsen will be the star attraction for the championship in which over 250 men players including world leading GMs, International Masters and FIDE Masters and host Saudi Arabian players will be taking part,” he disclosed.

“The week-long championship is expected to be a big success with the presence of so many stalwarts of the game. The host country is providing boarding and lodging facilities to all the participants,” he added.