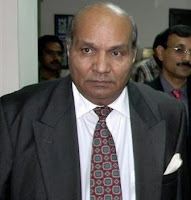 Ijaz Butt has caused irreparable damage to the Pakistan cricket already and the reappointment of Intikhab as manager can be described as another nail in their coffin. It’s a hugely controversial decision because there were innumerable better candidates, having the desired administrative and managerial capacity, who could have proved asset at a stage when each and every move of the Pakistan cricketer is monitored.
readmore »»