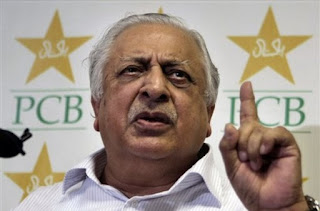 By Syed Khalid Mahmood
The Chairman of the Pakistan Cricket Board (PCB), Ijaz Butt, having just returned from Australia, has expressed the confidence that the Australians would indeed honour their commitment of playing the ODI series against Pakistan in the Middle East.
Ijaz Butt reckons that he has had a fruitful meeting with the officials of Cricket Australia (CA) in Melbourne earlier in the week. Upon his arrival in Pakistan he has confirmed that the Australians have committed to play in Abu Dhabi and Dubai during the months of April and May.
The PCB Chairman is shortly expected to announce the dates of the five-match ODI series besides a couple of Twenty20 Internationals after consulting the local authorities in the UAE.
The weather in the UAE would not be ideal for cricket in April and May but the PCB will not mind doing it because the Australians don’t have alternate dates to squeeze a series against Pakistan.
Pakistan desperately needs more cricket and the PCB, for obvious reasons, is very eager to host the Australians. The cricket enthusiasts in Pakistan are keenly awaiting the series between Pakistan and Australia.
Cricket in Pakistan would certainly come alive with the series of ODIs and T20 Internationals. It would have been a bigger treat watching the Aussies perform on the grounds in Pakistan but in the prevailing circumstances the contests between the two sides would be welcomed even on neutral venues.
It’s not going to be the first when Pakistan would be hosting Australia in neutral territories. The bilateral Test series between the two countries in 2002 was played in Colombo and Sharjah.
A large number of Pakistani expatriates living in the UAE would certainly be most delighted with the news of the series between Pakistan and Australia taking place there. It will be a source of great entertainment for them as it would be for the millions of Pakistanis who would be following the action on television. 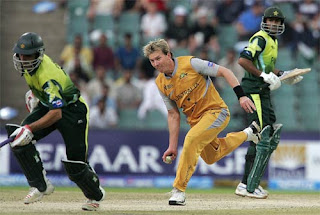 The upcoming series with Pakistan would certainly limit the availability of Australia's one-day players from participating in the second edition of the Indian Premier League (IPL) but one should not forget the fact that the cancellation of the series between Pakistan and Australia around the same time last year had provided them the opportunity to take part in the inaugural IPL.
Pakistan’s performance in the recently held ODI series at home against Sri Lanka was not very encouraging but they would sense greater chance of scaring the Australians who themselves have had a very poor run in the ODIs of late.
The Australians have been struggling in the ODIs in particular, having gone down to the third place in the ICC rankings after having been at the top for the last many years. The recent slump in form of the Aussies opens a window of opportunity for Pakistan, also in the rebuilding phase.
On the basis of their current form, or the lack of it, there should be some fierce contests between Pakistan and Australia particularly on neutral venues where the ball may not be bouncing as much as it does on the Australian pitches.