Tendulkar to miss out in World T20 even in purple patch 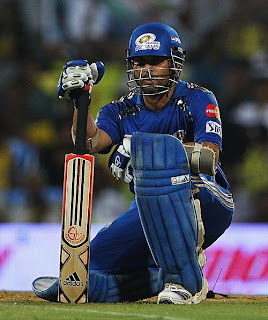 Pakistan's captain for the upcoming ICC World Twenty20 to be held in the Caribbean, Shahid Afridi, has reckoned that Sachin Tendulkar's absence from the Indian team for the tournament will be a blessing in disguise for the other sides.


Tendulkar had voluntarily ruled himself out of international Twenty20 matches in 2007, before the inaugural World Twenty20, in order to preserve himself for the longer formats. But there have also been indications that the grand master distanced himself from the shortest version of the game at the international level to let Mahendra Singh Dhoni lead the side without the pressures of having ‘veterans’ under his command.
The truth probably lies somewhere in between and there’s every likelihood that a combination of factors influenced his decision.

His success with the bat in the ongoing IPL-3 leaves no doubt in anyone’s mind about him being more than suitable for every format of the game. He has been leading Mumbai Indians by example and in the manner in which he has scored runs of late makes everyone feel that he’s the man in form.


He was not a part of the inaugural ICC World Twenty20 held in 2007 in South Africa which India won under Dhoni. Neither was he a member of the side that was humiliated in the second edition of the tournament in England last year.
In other words Tendulkar has not been in the scheme of things as far as India’s T20 plans are concerned. The Indian selectors and their team management, for reasons best known to them, have not made much effort in persuading him to play T20 Internationals either.
The Indian think-tank appears convinced that they won’t be needing Tendulkar for T20 and in such circumstances the iconic batsman, having all conceivable batting records under this belt, could not be expected to plead to anyone. He has chosen the right course letting his bat make the statement all the time.
Tendulkar has been in the middle of yet another purple patch and there were suggestions that he might be reconsidering his decision but, like a wise man, he has ruled out such a possibility.

"The way he has blossomed in the last few years, he is only getting better and better as a batsman. If he is not playing for India in the Twenty20 World Cup, it is certainly a big advantage for other teams.If Tendulkar had played in this World Cup, I am sure he would made big impact for India," the Pakistan captain felt. 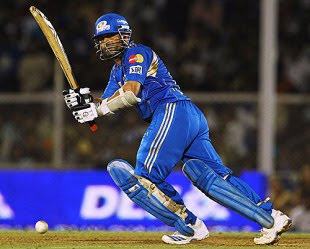 “Age has not had any effect on Tendulkar's powers. With every match he seems to be growing as a batsman and getting better. He is playing like a teenager. There is no sign of age affecting his game at all," Shahid added.
"The biggest thing that he still enjoys playing the sport and he is hunger for runs has not died at all," he said. I think even in Twenty20 cricket you need to bat properly and at times even playing out 20 overs is a big challenge for a team. You need to play orthodox cricket," he pointed out. readmore »»