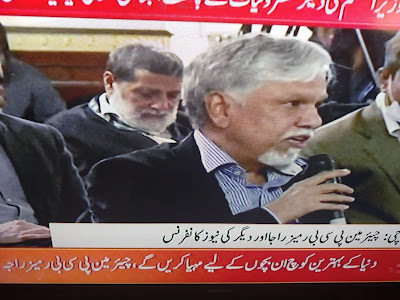 The Chairman of the Pakistan Cricket Board (PCB), Rameez Raja, has credited skipper Babar Azam for the recent resurgence of the national team, describing him a much improved leader.
“We are here to facilitate him in leading from the front, instead of hiding behind the coaches. He has developed of late as an outstanding captain who has been able to lead by example and motivate his teammates to express themselves fearlessly. He has been instrumental in bringing about positive changes on the field resulting in a well-knit combination which is good enough to challenge anyone. We will continue to back him for achieving the desired results,” the former Pakistan captain declared while talking to the media corps in Karachi on December 22.
“We have obviously been disappointed by the lack of crowd interest in the recently concluded T20 home series against the West Indies. In future we would persuade the cricket boards the world to send their best available outfits to Pakistan as the depleted teams don’t generate the kind of interest which is generally expected in international matches. We will request the authorities in Australia, England and New Zealand to ensure their full strength squads for touring Pakistan later this year ,” he added. 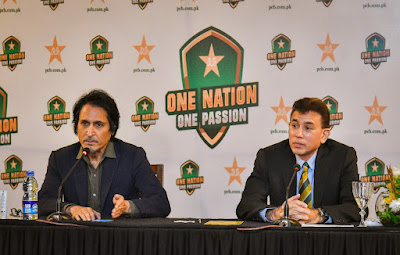 “In order to create a long-term sustainable process, it is essential that we continue to tap into, stimulate and motivate the youth’s passion and talent for cricket, whilst focusing on a bottom-up approach towards participation and making attempts to bridge the wide divide between pathways and Pakistan cricket journey,” the PCB Chairman observed.
“We feel that our Junior Contracts and Cricket Foundation initiatives will now play a decisive role in ensuring that raw talent from even the remotest and less privileged of areas in Pakistan reaches its full potential. Through these and various other initiatives, including an all-Pakistan Talent Hunt Programme, we aim to unearth the hidden talent and provide them absolute clarity at a very young age that the PCB will back, support and provide a clear pathway through which they can embark on their journey of representing Pakistan at an international stage,” he continued.
Meanwhile the West Indies will play three Twenty20 Internationals in the build up to the HBL Pakistan Super League 2023. The West Indian team has already confirmed to play ICC Men’s Cricket World Cup Super League ODIs in June 2022 to make up for the postponed December 2021 matches due to an increased number of Covid-19 cases in their side.
readmore »» 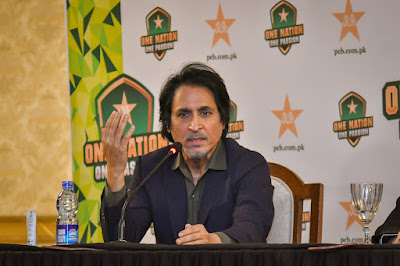 Rameez Raja, Chairman, Pakistan Cricket Board (PCB), has commended the role of interim coach Saqlain Mushtaq in the ICC T20 World Cup as well as during the Bangladesh tour.
The PCB helmsman reckoned that Saqlain, a former Pakistan off-spinner, filled the vacant role from behind the scene quite admirably and he merited accolades for having created a sense nationalism.
He also applauded the batting and bowling consultants, Matthew Hayden of Australia and Vernon Philander of South Africa respectively, who also rose to the occasion.
"I don’t have fixed mindset and approach on this issue like short or long contracts,” he observed while commenting on appointment of foreign or local coaches for Team Pakistan. Rameez stressed that they were looking to improve Pakistan batters’ power hitting, adding that he was looking to see Pakistan getting better in Tests and ODIs.
He would like specialists for different tours and conditions while indicating that Hayden may be retained with the team until the 2022 T20 World Cup to be held in Australia.
The PCB Chairman pointed out that the team came up with improved performances in the T20 World Cup after the pressure they came under following the sudden and mysterious move of New Zealand to run away during the tour of Pakistan and then England cancelling their visit at the eleventh hour.
“The boys fought hard in the T20 World Cup to come up with incredible performances which paid dividends and we were also awarded the Champions Trophy 2025 besides the Asia Cup,” the PCB Chairman concluded.
readmore »»