Engagement of locals essential in boosting cricket across continents 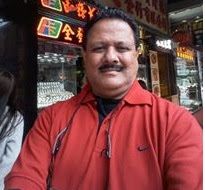 The International Cricket Council (ICC), now headquartered in Dubai (United Arab Emirates), has been taking various steps from time to time to spread the gentleman’s game to every nook and corner of the world.

At the moment, the ICC has 104 members, which include a dozen full members, who have the entitlement to play Test cricket besides having other privileges. England, Australia, New Zealand, South Africa, Pakistan, India, Sri Lanka, Afghanistan, Ireland, Zimbabwe, West Indies and Bangladesh are the full members of the ICC, being the top cricket playing nations of the world.

While the respective cricket boards in almost each of these countries have professional set-up as they have plenty of resources as well as numerous opportunities to sustain and grow, the same could not be said about the 92 Associate members who have had rely, almost entirely, on the ICC support for their survival.

Although the ICC, over the past few years, has initiated moves to create more space and opportunities for the Associate members there’s a lot more to be done to get them going in the truest sense of the word.

Similarly, following a decision by the ICC in April 2018, the T20I status has been granted for all the Associate members since January 1, 2019.

All the Associate members had remained eligible to play in the ICC World Cricket League, a series of international one-day cricket administered by the ICC until 2019. It was then replaced by the World Cup League Two and World Cup Challenge League since 2019.

In addition to key administrative requirements of the national governing body, an Associate member has to posses a minimum of 16 senior teams and 16 junior teams playing in a structured competition or competitions besides having access to at least eight cricket grounds, four of which must be having a permanent pitch.

The ICC, with the collaboration of the local governing bodies, has been trying to get the best results but there are certain factors which are hampering the growth of cricket in these countries.

While in majority of the countries only the bonafide citizens qualify to become a member of their national cricket team but there still are quite a few countries, most notably the Middle East, where cricketers of various other nationalities sneak into the team.

What purpose will it serve to the development of its cricket of that particular nation when outsiders from other countries will occupy all the spots in the national team? It will obviously distract and disengage local talent.

All efforts to promote cricket, without engaging the locals, will prove cosmetic and the exercise will prove futile. The ICC should look into this matter to ensure that the goals of globalization of the sport are achieved.
readmore »» 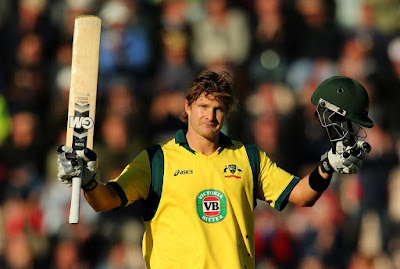 Shane Watson, one of the most highly gifted all-rounders to have emerged from Australia in the recent past, has turned 39 on June 17.

He has been immensely popular lately in this part of the world for his astonishing feats in the T20 leagues.

Although his international career ended a few years ago, he has continued to steal limelight with his terrific performances in the Pakistan Super League (PSL) as well as the Indian Premier League (IPL), two of the most successful T20 annual tournaments.

The handsome and dashing all-rounder played in 59 Tests for Australia besides 190 One-day Internationals and 58 T20 Internationals. He amassed 10,950 international runs besides picking up 291 wickets.

He is only the second player to score over 5,000 runs and take 150 plus wickets in ODIs while he remains the top run-scorer for Australia in T20 World Cups.
readmore »»