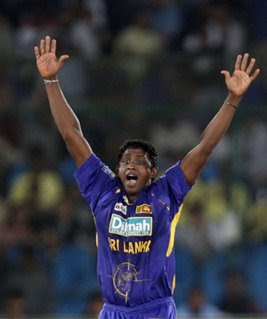 The news of Ajantha Mendis, the Sri Lankan spinning sensation, breaking down in a domestic match that has ruled him out of the upcoming Test series in Bangladesh, must have aroused mixed feelings there.

The cricket-crazy community in Bangladesh must have felt disappointed at having been denied the pleasure of the mysterious spinner unfold his great skills in the Test matches but at the same time their team management would have heaved a sigh of relief for he was one bowler who could have tormented them the most in the two Tests.

Mendis injured his right ankle while bowling for the Army Sports Club in what was his first match of the domestic season against Tamil Union. The ankle was strained and besides undergoing treatment he has also been advised rest.

The Sri Lankan Physio, Ranjith Nanayakkarawasam, has confirmed that the injury will take at least three to four weeks to heal meaning that Mendis was out of the Bangladesh Tests starting from December 26. He, however, is expected to be fit for the ODI tri-series due to commence there on January 10.

What an impact Ajantha Mendis has made in his brief international career so far. He has an outstanding record in both forms of the game and more importantly he has provided his team another attacking option.

With the champion off-spinner Mutiah Muralitharan at the twilight of his career, Sri Lanka needed someone to stand up and show the promise to take up the challenge in the future. The start to the career of Mendis suggests that Sri Lanka would be winning matches as frequently, if not more, in the years to come as well.

Mendis has shown the capability to win matches on his own. He has remained a mystery for the batsmen, who have been confused and amused while tackling him. He turns the ball both the ways and it’s not at all easy to read his fingers at the time of the delivery.

He seems to have the potential to extend his phenomenal record in all forms of the game. With so much of variations in his bowling, he would be as lethal in Test matches as the limited overs games.

He has already proved the point that he possesses the big match temperament. He is the one who doesn’t get overawed by the big names. That’s why he succeeded in bamboozling the famed Indian batting line-up who had the reputation of encountering the greatest of spinners with ease. 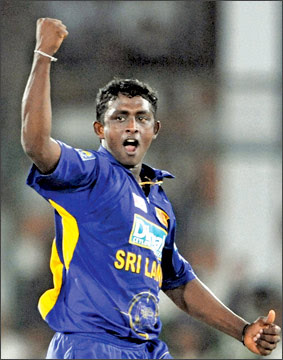 But Mendis, in his maiden Test series, devastated the Indians. He took as many as 26 wickets at 18.38 in the three games and he was literally unplayable. He was chiefly responsible for scripting the series win for Sri Lanka against their fancied opponents in possession of the most formidable batting line-up in the world.

The manner in which Mendis destroyed the Indian batsmen there is little doubt in one’s mind that he would be breaking many long standing records.

The one record that is most certain to fall in his lap is the fastest 50 wickets in One-day Internationals. Having snared 48 wickets in 18 matches he has all the time in the world to erase Ajit Agarkar’s name who had done it in 23 matches.