The Sir Syed University of Engineering and Technology (SSUET), Karachi, had a very busy sports month in January with the start of new year 2017 with its teams participating in different sports events in a big way. 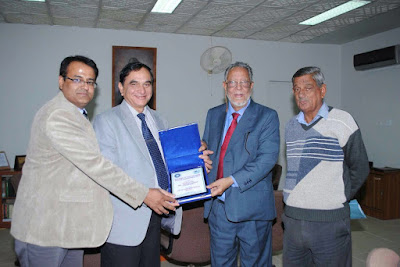 According to the SSUET Director Sports, Mubbashir Mukhtar, the their outfits participated in cricket, football and table tennis competitions during the month of January, having emerged successful as the champion in the Inter-University Cricket Tournament organized by Bahria University.

SSUET had clinched the trophy by dethroning Indus University in the final.

The SSUET had another achievement when it, for the first time, organized the HEC Football Tournament (Zone G) in a most successful manner.

The tournament was participated by as many as 15 universities with the University of Karachi becoming the champion of Zone G alongwith IBA as the second qualifier. Both teams will now take part in the final round to be staged in Peshawar.

Mubbashir Mukhtar disclosed that a schedule of sports events for February 2017 has already been prepared whereby a five-member team will take part in All Pakistan Judo Championship to be held in Tando Jam on February 3-4. 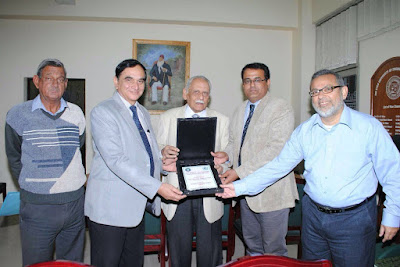 The university hockey team has making preparations to participate in HEC Hockey Tournament (Zone G) which is scheduled to start in Karachi from February 7. The tournament is expected to be participated by eight universities.

In February, Director Sports SSUET informed that the university's boxing squad will be in action in the Final round of All Pakistan Boxing Championship which is being organized by SBB University Lyari.

The final round will start by the end of the month.

During the month, Pakistan Marine Academy (PMA) is organizing a Sports Gala from February 16 in which SSUET will participate in cricket, football, hockey, volleyball, badminton, athletics and tug of war events.

The SSUET Director Sports stated that the preparations for participation in these events have started in a big way.

He remarked that the SSUET could not have gone this far in its sports activities without the active support of its Chancellor Jawaid Anwar, Vice Chancellor, Prof Dr Jawed H. Rizvi and Registrar Syed Sarfraz Ali who themselves are passionate about sports and desire to see the institution on the top in the sporting arena.
readmore »»