The President-elect of the Karachi City Cricket Association (KCCA), Nadeem Omar, has already set the ball rolling by getting in touch with the concerned quarters for implementing his plans aimed at reviving the game in a big way. 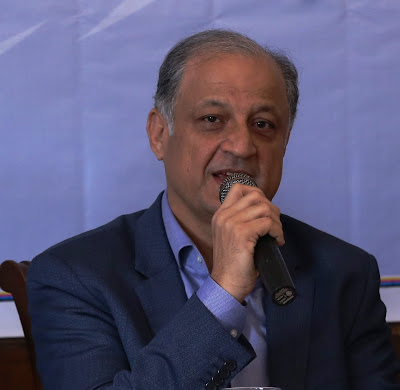 He has been elected unopposed as the KCCA President as he enjoyed overwhelming electoral support prompting his predecessor and challenger Prof Ejaz Ahmed Farooqui to withdraw his candidature the other day.

The notification in this regard from the Pakistan Cricket Board (PCB) is being awaited and it may be delayed until polling for the slot of the KCCA Secretary is held in a few weeks.

Nadeem Omar, a veteran sports promoter and a cricket administrator, having founded and managed successful cricket teams like Omar Associates, Omar Cricket Club and Capricorn Discount Cards, besides Quetta Gladiators, has begun his journey of transforming the KCCA into a bigger entity than it was ever before.

The KCCA President-elect shared some of the exciting plans he has worked out to revolutionize the KCCA. He has already started making moves towards his strategic plan, covering nearly aspect of the game.

“First and foremost I have set the goal of reviving the KCCA Stadium in North Nazimabad. I plan to install floodlights at the ground besides improving the condition of the stadium. This would be the home of Karachi cricket,” he declared.

“Secondly I have already spoken to the PCB to let the KCCA gets its share of space at the National Stadium where I intend to build a library and museum of Karachi cricket apart from setting up the High Performance Centre with the KCCA Academy. There are vacant spaces within the compound of the National Stadium and the KCCA is interested in using it,” Nadeem Omar disclosed.

He has the plans for revitalizing the club cricket, with the help of its seven zones, on a war footing. He’s equally eager to launch proper cricket tournaments for schools, colleges and universities with the collaboration of the local education departments in order to engage a larger pool of students.

“I would be interested in exposing the youngsters to matches of longer duration from an early age so that they face no problems when graduating to first-class cricket. We will have annual tournaments of three-day matches as well as T20 events,” he added.

His plans include the development of news complexes containing a full-fledged cricket grounds where first-class matches could be played besides reviving the historic grounds like the Karachi Parsi Institute (KPI) where the legendary Hanif Muhammad played that epic knock of 499.

Nadeem Omar emphasized on quickly developing and uploading a state-of-the-art website of the KCCA, to be updated on a daily basis, which would have details about coaches, umpires, scorers, clubs, departments, grounds, rules, women’s tournaments besides other features of general interest.
readmore »»