The sports department of the Government of Sindh has been taking keen interest in carrying out its responsibilities and ensuring healthy activities for the youth of the province on a regular basis for the last couple of years.

Having proactively supported the regular as well as the indigenous sports, it’s very heartening to find them promoting the newer games that don’t generally get recognized at the government level. 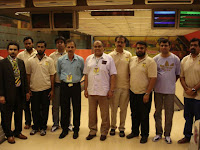 Bowling is one of the most popular games among the youth of the urban areas and boys and girls are passionate about it in a big way. Even the elders are into it as well. It may not be entirely classified as an elite sport but it’s commonly practiced mainly at the big social clubs.

Tremendous enthusiasm was witnessed as the tournament was inaugurated by the popular figure of Shoaib Ahmad Siddiqui, Secretary, Sports and Youth Affairs, Government of Sindh, who was the chief guest in the opening ceremony.

In his brief speech on the occasion he acknowledged the massive following of bowling and expressed the hope that the organizers will continue to work with the same zeal to hold competitions in future. 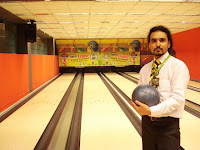 “The government remains committed to patronizing healthy and sporting activities in the society. We are more than glad to extend our support to the game of bowling,” Shoaib Siddiqui added.

“We have been promoting bowling and we are discovering bowling stars. We have had to face tough challenges in launching the Sindh Inter League Bowling Tournament 2010 which is a major initiative and accomplishment of a milestone of sorts in the history of bowling in Pakistan,” Romis Ali, General Secretary, STBA, said in the welcome speech.

Meanwhile 70% of the players qualified for the second round in both amateur and master categories. Robert was on the top with 739 points with Aleem Agha placed at position with 730 points. Naseem Ahmed claimed third position with 697 points.
readmore »»