The last few days have witnessed the Pakistanis making it big in the sporting events. The cricket team, quite remarkably, made its way to the semifinals of the ICC Twenty20 even after having lost three matches on a trot. Then Mohammad Sajjad stormed into the final of the Asian Snooker Championship against the heaviest of odds 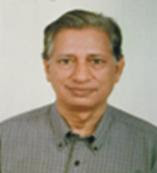 Scrabble may not be as popular sport as even snooker but it’s quite gladdening to watch Pakistan’s Mohammad Sulaiman going all the way to win the 3rd Malta International Scrabble Open (MISO), organized by the Malta Scrabble Club.

The event, staged at the Suncrest Hotel in Qawra from May 14 to 16, was sponsored by Intercomp (Dell Computers), Vascas Jewellers, Scotts Supermarket, ProPrint, Alliance Cruises, Tilefish and Seiko UK Ltd.

It attracted one hundred participants, 60 percent of them hailing from a total of 14 foreign nations including Pakistan. Among the illustrious participants were former world champion Nigel Richards, from New Zealand, arguably the world’s strongest scrabble player, and top British players, the Englishman Craig Beevers and Helen Gipson of Scotland.

Sulaiman earned laurels for himself and the country by winning the prestigious tournament after having exhibited great skill in fighting vigorously against some of the game’s top players including former world champions.

The officials of the Mind Sports Association of Pakistan (MSAP), who been complementing the Pakistan Scrabble Association (PSA) in promoting the game, were thrilled with the title winning performance of Sulaiman.

“Sulaiman has rewritten history by becoming the first Pakistani to win an international scrabble tournament. He won the contest out of nearly one hundred players that included participants from the native English speaking nations. It’s a magnificent performance by all means,” Tariq Rasheed Khan, Director, MSAP, observed.

“Nothing succeeds like success. I am confident that this terrific accomplishment of Sulaiman will go a long way in inspiring the scrabble players of our country who would now be looking forward to emulate him,” Tariq Rasheed, himself an outstanding player of bridge, chess and scrabble, reckoned.

Sulaiman outwitted Beevers 469-392 in the final round to emerge victorious in the tournament. Beevers finished second while Nigel Richards (New Zealand), Even Cohen (Israel) and Jared Robinson (England) shared the next three positions. 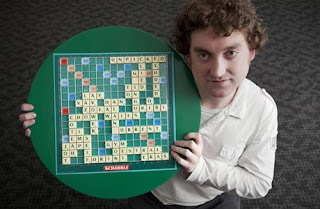 Sulaiman has had vast international experience of playing scrabble. He started playing the game in 1990 in Colombo, Sri Lanka, where he was stationed from 1986 to 1996. He won the Sri Lanka National Championship in 1994 against some of the top players there.He was also instrumental in bringing a team of Sri Lankan scrabble players, under his captaincy, to Karachi.

He moved to Pakistan in 1999 and after several years of absence from the game he rejoined and exhibited his indomitable fighting spirit, terrific memory of unusual words and unmatched stamina and skill.

He was the oldest contestant of World Scrabble Championship 2008 where he survived the marathon sessions of most competitive scrabble games for three days. He has also participated in Oman and Bahrain international tournaments and gave a creditable performance, winning laurels and prizes.
readmore »»