The Chairman of the Pakistan Billiard & Snooker Association (PBSA), Ali Asghar Valika, the father figure of snooker in the country, has regretted the loss of form of some of the top cueists of the country and hoped that efforts will be made to keep them motivated and inspired. 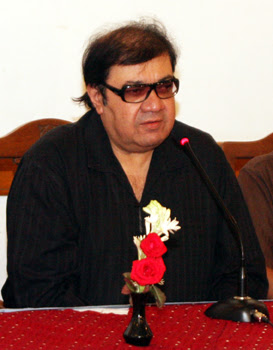 In the next Board meeting he plans to propose to the PBSA Executive to take measures to ensure that the once leading cueists of the country continue performing more consistently.

He was concerned with the loss of form the cueists Muhammad Sajjad and Shahid Aftab, both former champions, who performed much below par in the Jubilee Insurance 43rd National Snooker Championship 2018 held at the Karachi Gymkhana a few days ago.

Asghar Valika, who revived the Pakistan snooker while leading the PBSA from 1988 to 2008, didn’t mince words in stating that he was not impressed with the performance of the eventual champion (Muhammad Asif) either.

“I have a feeling that Asif couldn’t reproduce the form which had made him the world champion in 2012 and the national champion earlier the same year,” he observed. 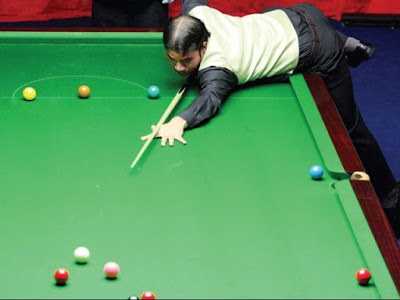 “The youngsters like Asif, Sajjad, Shahid and a few others had first come into prominence when I was heading the Association. They had shown flashes of brilliance in early career and we took care of them to boost their confidence and skills. They have repaid by having performed well internationally over the years but now some chinks in their armoury are becoming visible,” the PBSA Chairman added.

“Now the time has come for the management to talk to them and take care of their needs. Personally I feel that they would become much more productive if mentored by prolific coaches. They are blessed with talent and experience but they do need guidance and direction,” he explained.

“While it’s very heartening that the youngsters are emerging from every nook and corner of the country to challenge the top cueists of the country but we must not lose sight of the fact that the current lot of experienced cueists have brought us laurels in the recent past. They deserve to be looked after properly,” Asghar Valika felt.

He was optimistic that the present leadership of the PBSA, which was eager to further promote cue sports in the country, will take remedial measures without further delay.
readmore »»


Muhammad Asif, a former world champion, recaptured the crown after six years as he edged out Muhammad Bilal in an epic final of the Jubilee Insurance 43rd National Snooker Championship 2018 at the Karachi Gymkhana on February 21. 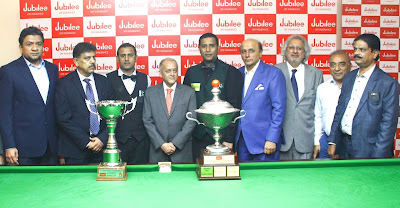 As expected, the all-Punjab final between the two of the top cueists of the country progressed at a brisk pace with both the combatants displaying aggressive mindset to surge ahead.

It was anybody’s game, locked up at five-all, when third seed Bilal suffered a stroke of misfortune in the 11th frame and second seed Asif made the most of it by pressing home the advantage. 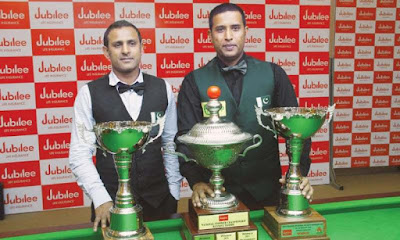 Asif conceded that the rub of the green had gone his way in the final and he was extremely fortunate to get the opening in the 11th frame caused by an unexpected error from Bilal, who was also playing extremely well until that stage.

The 35-year-old Asif, hailing from the industrial city of Faisalabad, felt relieved at winning the national title for the time in an illustrious career during which he also won the World Championship in 2012.

“Bilal was a constant threat to me throughout the match and I had to play my top game to remain in business. It was a kind of encounter which was thoroughly enjoyed by the spectators as well as the large television audience watching it live,” he said.

The 32-year-old Bilal, a proud product of Mandi Bahauddin, was aiming to the national title for the second time, having annexed it in 2016. He seemed on course of achieving his ambition but the mishap of 11th frame proved decisive and he was unable to pull it back. 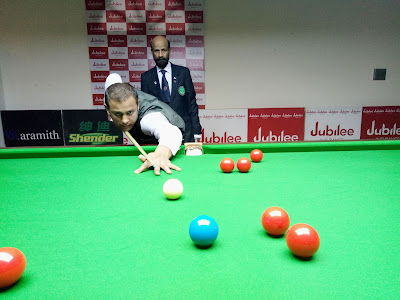 Asif drew the first blood with the help of a break of 83 and then made it 3-0 by pocketing the next two frames as well.

The momentum was with Asif and he cashed in with another break of 79 in the ninth frame to go 5-4 up. Bilal, however, drew level by chalking up a break of 87 in the next frame.

Bilal could not get back into game once he lost the 11th frame in which one of his shots proved fatal. Asif not only won that frame but also the next two to reclaim the trophy in style.

Cash prizes of Rupees three lacs were disbursed in the presentation ceremony held soon after the final. Asif collected the glittering trophy with a purse of Rs 100,000 from chief guest Tahir Ahmed, Managing Director, Jubilee General Insurance, while Bilal received an award of Rs 50,000.