Pakistan’s premier cueist Mohammad Asif fell at the last hurdle of the 2012 Dubai International Open Snooker Tournament as he was overpowered by the 20-year-old Noppon Saengkham of Thailand in the final at the Dubai Snooker Club on November 10. 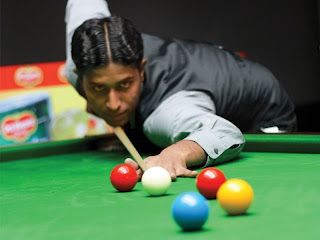 Having performed exceptionally well in the semifinals, Asif held the psychological advantage going into the final but after having snatched two of the five frames he ran out of the steam in the decisive phase to lose the duel.

Asif had produced stunning performance in the semifinals less than 24 hours ago as he whacked the dangerous Andy Lee of Hong Kong in straight frames. 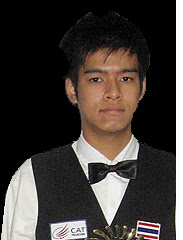 Saengkha, however, played superior game in the final and there was not much Pakistan's top cueist could have done to prevent the inevitable.

His defeat in the final meant Pakistan will have to wait longer for another cue sports title. After Mohammad Yousuf’s victory in the World Championship in 1994 and the Asian Championship in 1998 and Shaukat Ali’s gold medal in the individual event of the Asian Games in 1998, it was Mohammad Shafiq who clinched a regional title in 2000.


Pakistan’s second participant, Asjad Iqbal, had crashed in the quarter-finals after having performed impressively in the league matches. He was knocked over by Lee whom Asif overwhelmed in the semifinal. 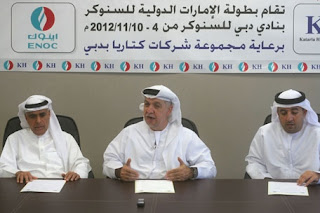 Saengkham, having outwitted Karam Fatima of Syria 5-3 in the semifinal, continued his brilliant form in the final to earn another title for Thailand, having emerged as the most powerful cue sports nation of Asia.

The top 32 cueists of Asia belonging to 11 countries entered the competition. As many an as 16 of them were eliminated after the first round of league matches with the top 16 battling it out in another league round.

Eight cueists were left in the arena for the knockout games and the line-up featured two qualifiers each from Pakistan, Thailand and Syria and one each from Hong Kong and hosts UAE.
readmore »»