It’s the vision of Arif Habib, besides his passion for cricket, which has led to the creation of the magnificent Naya Nazimabad Lawai Stadium which has nearly all the ingredients of becoming a world-class venue in not too distant future. 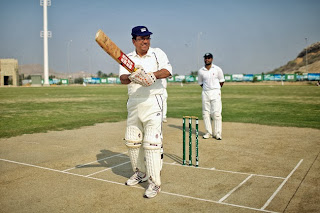 One of the leading entrepreneurs of the country having a played a pivotal role in keeping the Pakistan economy afloat even in the toughest of times, Arif Habib, Chairman, Arif Habib Group, has played a master stroke by developing a cricket ground of international standard in his latest project, the Naya Nazimabad City, a 2,100-acre housing scheme in the northern area of Karachi.

He is believed to have masterminded the development of the cricket stadium on a fast track which has earned huge goodwill to the mega project in many ways. The first thing one comes across after entering the main gate of the Naya Nazimabad city is the picturesque cricket stadium, which already has floodlights. You could not expect a better first impression of the project other than this one.

With hills on one side and the Manghopir Lake on the other, the scheme is well guarded and gated. It’s just a few minutes drive from the Sakhi Hasan roundabout in North Nazimabad. The construction work in the housing scheme is in full flow, much to the delight and satisfaction of the allottees, and the developed cricket stadium has ensured plenty of life in the arena much before people start residing there upon the completion of the project by the end of 2015. 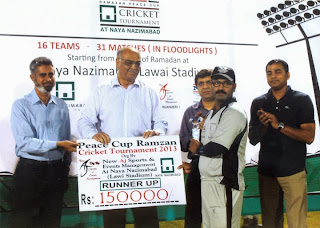 Cricket has been the first love for Arif Habib and he has made a point to play matches at the Naya Nazimabad Lawai Stadium on Sundays whenever he’s in town.

He derives enormous pleasure in driving down from his DHA residence in the morning and takes the cricket game as seriously as any other assignment even today.

“The principles of cricket are very effective in business. The goal is to stay at the wicket, hit the right balls, leave the balls that don’t quite work, and keep an eye on the scoreboard. I feel that my childhood association with cricket has contributed to my success,” Arif Habib was famously quoted as saying.

The Naya Nazimabad Lawai Stadium has been named after Hussain Lawai, President, Summit Bank Limited, in recognition and honour of his support and passion for cricket. Indeed he has been a great promoter of sports over the years. The credit for turning Arif Habib’s dream of the Naya Nazimabad Lawai Stadium into reality goes to Mohammad Iqbal, Director, Javedan Corporation Limited, whose expertise and skills for sports administration are well known. 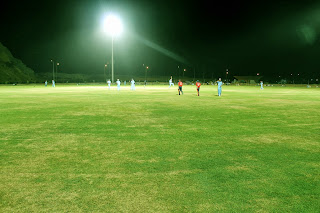 Iqbal, a former first-class cricketer, headed the sports division of the Muslim Commercial Bank, now MCB Bank, for a number of years. He had represented the organization in the various committees as well as the Council of the Board of Control for Cricket in Pakistan (BCCP), now the Pakistan Cricket Board (PCB).

It’s another far-sighted decision by the management of the Javedan Corporation Limited to have entrusted the responsibilities of managing the affairs of the cricket stadium in particular to Iqbal, who has a proven track record in this field.

The Naya Nazimabad Lawai Stadium has already hosted a major tournament recently in which Omar Cricket Club emerged triumphant in the final of the Peace Cup Twenty20 Cricket Tournament 2013 at as they overpowered Qasmi Cricket Club in the final.

Samad A Habib, Chief Executive Officer (CEO), Javedan Corporation Limited, was the chief guest in the prize distribution ceremony held at the ground immediately after the conclusion of the final. Mohammad Iqbal, one of the Directors of the corporation, was also present on the occasion.
readmore »»