World champion Mohammad Asif lived upto his big reputation and succeeded in retaining the Langnese Snooker Cup by overpowering surprise packet in the final at the Karachi Sheraton Hotel on November 24. 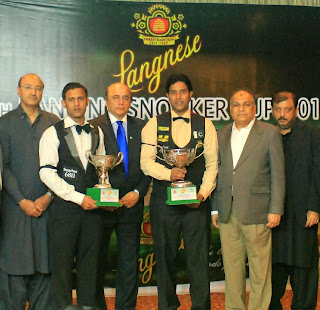 He didn’t look back after suffering a shock defeat in the opening match of the six-day event. He went on to conquer his other six opponents in the league matches before winning both the knockout games.

The final, unlike some of the league matches, was played at a brisk pace with both the contestants in pursuit of potting consistently instead of going for safety. As a result the 12 frames were completed in a matter of just three hours and 45 minutes.

At the end of the match the reigning world champion suggested that his rival Bilal, playing his maiden final of a national ranking tournament, did show sign of nerves at crucial stages of the title clash which was not surprising. 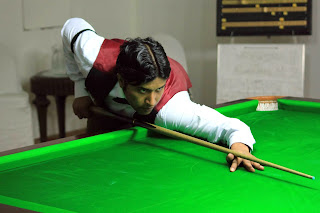 “It happens with everyone when playing in front of the television cameras for the first time. He must have been under pressure which didn’t allow him to play the way he would have liked in the final,” Asif felt.

The 28-year-old Bilal, however, was credited to have a staged a fine comeback in the session, after having been blanked 1-7 in the morning session, despite having claimed the opening frame.

He did take some positives from the final despite losing it 4-8 eventually. He chalked up a break of 55 in the first frame, one of 61 in the ninth frame and another one of 75 in the tenth frame. 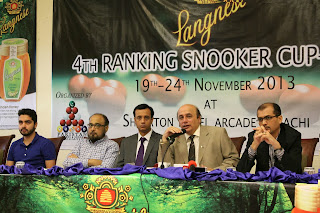 Shoaib Siddiqui, in his brief speech, acknowledged the rising standard of snooker in the country and pledged to facilitate the government support for its further promotion and development. He urged the corporate sector to come forward to patronize the sport.

Alamgir Anwar Shaikh, President, Pakistan Billiards & Snooker Association (PBSA), in his welcome address, praised the cueists for registering as many as 17 century breaks during the tournament.

Shoaib Siddiqui and Saquib Riaz presented Mohammad Asif a purse of Rs 70,000 for winning the Ranking Cup while runner-up Mohammad Bilal received a cash award of Rs 40,000. Top seeded Shahid Aftab, who couldn’t make it to the semifinals, picked up a prize of Rs 10,000 for registering the highest break of the tournament (140) while second seed Imran Shahzad and unseeded Babar Masih, the losing semifinalists, were compensated with Rs 15,000 each.
readmore »»