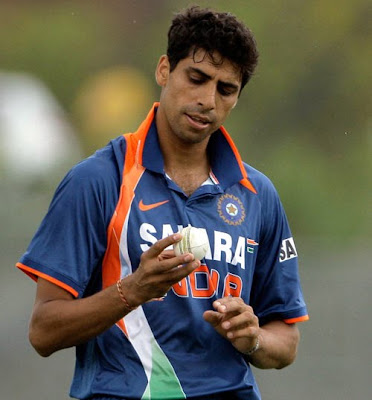 It was the day of batters at the Madhavrao Scindia Cricket Ground in Rajkot on December 15 where as many as 825 runs were plundered in 100 overs in the first One-day International between India and Sri Lanka but it were the bowlers who had the last laugh.

Left-arm quickies Zaheer Khan and Ashish Nehra, who had gone for plenty in their earlier spells, returned to bowl exceptionally well under pressure to guide India to a victory that had looked extremely unlikely a short while earlier.

Both the left-armers, having leaked far too many runs in their opening overs, were right on money in the closing stages of the game to bring the crowd back to life. Remember the boundaries had rained all day and the bowlers had been belted to all parts of the ground. To bowl tightly under these circumstances of quite an accomplishment and both Zaheer and Nehra deserved the credit for rising to the occasion.

The Indians, as skipper Mahendra Singh Dhoni admitted in the presentation ceremony, were guilty of not getting enough runs in their final overs despite the blistering start. They were expected to post a much higher total than what they achieved after having raised the 300 of their innings in 34.1 overs for the loss of only wicket.

India have had this tendency of not making the most of the slog overs and very rarely have they amassed the quantum of runs that’s normally expected from any other team in the final stages of the innings. How would they justify getting only 114 runs in the last 16 overs of the innings after having being 300 for one.

Virender Sehwag led the charge in the usual manner of his, blasting 146 off 102 balls. Useful contributions from Sachin Tendulkar and Dhoni laid the foundation for a gigantic total. None of the middle-order batsmen could make a significant contribution and the Sri Lankans had every reason to feel pleased after having contained India to 414 in 50 overs.

Set to score 415 on the flattest of tracks, the Sri Lankans were helped by sloppy fielding that made the bowlers suffer more than anticipated. Tillakaratne Dilshan and Upul Tharanga's 188-run opening stand wasn’t unexpected the manner in which the Indians were letting the ball go past them.

Kumar Sangakarra tormented the Indians with a breezy 90 off 40 balls but there was more likelihood of a comfortable Sri Lankan victory rather than the hosts pulling it back. 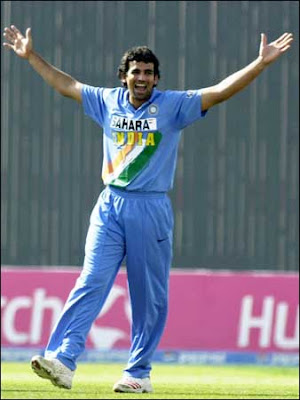 The drama, however, began when the Sri Lankan captain chose to take the batting powerplay. He himself became the first casualty and then Harbhajan Singh got two key wickets including that of Dilshan who made 160 off 124 balls.

The match had become wide open after the mini-collapse but the half century sixth wicket partnership between Thilina Kandamby and Angelo Mathews put Sri Lanka back on top.

The Indians fielded marginally better in the last two overs. Zaheer was literally unplayable in the penultimate over the match, yielding only four runs and resulting in two run outs. Nehra, entrusted with the job of delivering the final over with 11 needed, bowled magnificently to win the day for India.