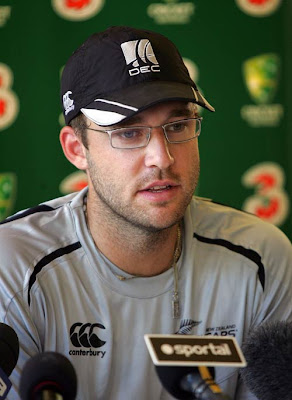 By Syed Khalid Mahmood
There was hardly any element of surprise in watching New Zealand getting whacked by Australia in the just concluded two-Test series. The Aussies were as ruthless as ever in the second Test at the Adelaide Oval after having struggled a bit to put their acts together in the first Test at the Gabba, Brisbane, which they didn’t win as convincingly as they would have expected.
New Zealand had escaped punishment in the first Test primarily because the Australians were returning from a tough tour of India where they had been at the receiving for most of the time in the four Tests.
Australia entered the first Test against New Zealand without getting a proper break after that demanding tour which must have been at the back of their minds. But it was their good fortune that they were to tackle a team from New Zealand that was short of experience.
The Australians won the first Test by 149 runs on the fourth morning. By the time they moved into top gear in the second Test the margin became much wider. The inexperience of the New Zealanders was brutally exposed at the Adelaide Oval where they were hammered by an innings and 62 runs.
New Zealand have slumped to the eighth position in ICC Test rankings after losing both the Test matches in Australia. They are only ahead of only Bangladesh and Zimbabwe the two bottom ranked outfits in world cricket for quite sometime.
New Zealand’s defeat at the hands of Australia should hardly surprise anybody. Neither is there any surprise in finding them at the third last position in the ICC rankings. The New Zealand cricket has functioned in a way leaving doubts in many minds.
The most surprising aspect, however, is the statement of one of their former captains and a batting great, Martin Crowe, who has called for a complete overhaul of the way New Zealand are managed.
Changing and chopping has been the way of life in the New Zealand cricket. They have hardly ever given the desired run to their talented youngsters, putting them under undue pressure with the inconsistent selection policies.
They have discarded their players far too quickly, not allowing a team to settle down. Blooding the youngsters can be described as a move in the forward direction but they cannot justify sidelining them after just a few matches.
New Zealand, for the past many years, have produced more of bits and pieces cricketers rather than specialists. Daniel Vettori was handed over a team to combat the mighty Australians without any depth in batting. Besides the skipper only medium-pacer Chris Martin and wicketkeeper Brendon McCullum had proper experience of Test cricket.

How did their cricket authorities expect to compete with the Australians while fielding as many as eight players in the playing eleven having negligible experience.
I am not sure how influential was the outgoing coach John Bracewell in the selection matters but Martin Crowe has blasted him.
"We've put a coaching regime in place and they have got in the way of the development of these talented cricketers. The last five years have been probably the most destructive to our game in the history of our game," Crowe was quoted as saying.
Let us see how much difference their new coach, Andy Moles, who takes over ahead of this month's home series against West Indies, is able to make with the available resources.
readmore »»