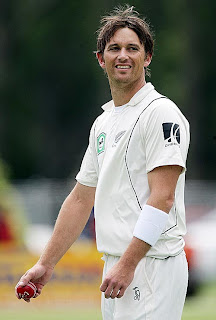 The New Zealand cricket fans in particular could not have asked for a more terrible news on the eve of Christmas than the retirement of the mercurial fast bowler Shane Bond who will not be seen in action in Test matches any more.

It’s a sad news for every follower of the game all over the world. It used to be such a fascinating sight watching him test the greatest of batsmen in the business. He was a complete package and undoubtedly the best fast bowler produced by New Zealand since the great Richard Hadlee.

The 34-year-old Bond has announced his retirement from Test cricket due to a recurring battle with injury. He, however, has vowed to continue playing for his country in One-day Internationals and Twenty20 Internationals.

I am not sure how many more limited overs would he be able to play for New Zealand but it was the Test arena in which his absence was felt. Test cricket needed characters like him to keep it going.


New Zealand could find a replacement for him as far as the limited overs games are concerned but they might have to wait for many years to have a champion fast bowler like Bond in their Test line-up.

He had only recently revived his Test career and made a telling impact right away in Dunedin. New Zealand could not defeat Pakistan in either of the last two Tests in which he didn’t play. No wonder they would have lost the first Test as well if Bond was not there.

It was a pity that he had to withdraw from the squad after a superlative performance in the Dunedin Test in which was rightfully adjudged Man of the Match. He was not in a position to participate in the last two Tests after tearing an abdominal muscle.

Rather predictably the loss of Bond hurt the Black Caps immensely and they had to settle with a drawn series in the end.

The latest injury turned out to be far more serious than was being anticipated and it eventually cost Bond his Test career that had remained plagued with various disorders in the past when he faced problems in back, feet and soft tissues. 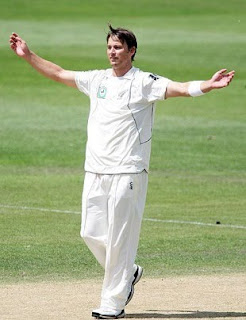 "The hardest thing is that I've always considered myself a Test bowler - and it was such a great feeling to be back in the team last month and playing Test match cricket with the Black Caps,” he observed.

"I've worked really hard to get back to Test match fitness - it's what I've been working towards for the past two years - and I feel I gave as much as I could. But looking back, so many of my injuries have come during Test cricket. Unfortunately my body just won't let me continue to play at that level, given the workload and demands of Test cricket,” Bond admitted.

"I don't want to end on an injury and I am absolutely committed to playing for the Blackcaps. This way I hope I've got a better chance of continuing to play. I hope I'll be able to continue to contribute to the team and to New Zealand cricket fans for a while yet. It's been a tough call, because Test cricket remains the ultimate form of the game - but I'm comfortable I've made the right choice,” he reckoned. 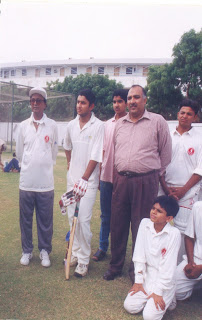 Jahangir Moghul, Vice President, Cricket Coaching Centre (CCC), while congratulating Ahmed Mustafa on winning the ICC medal, has urged the concerned authorities to extend greater support to the institution having pioneered the concept in the country.

“Ahmed Mustafa certainly deserved the recognition from the supreme body of the game. He has served the cause of cricket immensely over the years and it’s very much in the fitness of things that the International Cricket Council (ICC) has awarded a medal to him,” Jahangir Moghul, a noted social figure and philanthropist, remarked.

“Having watched him closely giving his best to the game of cricket the ICC medal should go a long way in further energizing Ahmed Mustafa who has literally devoted his life for cricket that’s dearest to his heart,” he added.

“Now the governing bodies of the sport like the Pakistan Cricket Board (PCB) and the Karachi City Cricket Association (KCCA) should lend proactive support to the CCC in the larger interest of the game,” Jahangir Moghul, Convenor Sports, Karachi Gymkhana, suggested.

“All credit to Ahmed Mustafa, a former opening batsman, for having established and ran the CCC on self help basis for well over two decades now. He has done a great service to the game. Now it’s the responsibility of the PCB as well as the KCCA to complement his efforts for the further promotion of cricket,” he reckoned.

“What Ahmed Mustafa has done for the promotion of cricket will find a mention whenever history of the game is written. Let all the stakeholders support him overwhelmingly for the sake of the future of our young cricketers,” Jahangir Moghul proposed.

One inclines to agree with Jahangir Moghul because Ahmed Mustafa’s CCC can be of immense help in carrying out training and coaching programmes at the academies having been commissioned by the PCB.

It would be in the PCB’s own interest to extend fullest support to the CCC because their working relationship could be mutually beneficial. And most importantly it would be helpful in accomplishing the cherished goal of promoting the game at the grassroots level.

It may be recalled that General Tauqir Zia was the first head of the PCB to have recognized the services rendered by Ahmed Mustafa and it was during his tenure that the CCC was finally allowed to use the practice facilities in the outer area of the National Stadium, Karachi.

The then PCB Chairman’s decision of having accorded great respect to Ahmed Mustafa’s efforts was hailed by the cricket circles. Gen Tauqir Zia remained appreciative of the project and the CCC had got into life with its shifting of base to the NSK in May 2003.

Things went from bad to worse when Gen Tauqir Zia was succeeded by Shaheryar Khan. The days of Dr Nasim Ashraf didn’t bring any joys for the CCC either. There has not much support in the days of Ijaz Butt yet.

When the PCB has been generous in having invested so much of its resources in forming and running academies of their own it’s indeed surprising why they haven’t taken on board the hard working individuals and institutions having rendered great service to the game to fuel their passion. readmore »»