The launching ceremony of Habib University Foundation’s I-Lead programme organized at the Habib Public School’s Sports Auditorium in Karachi on July 14 was quite an outstanding effort. 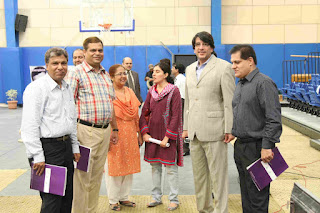 Well begun is often considered half done. The management of the Habib University Foundation deserved credit for having got off to a flying start. If this was an indication of things to come then we can surely expect another great institution in the making by the name of Habib University.

It was quite a privilege having attended the launch of their I-Lead programme. The state of the art facilities at the Sports Auditorium of the famed Habib Public School came handy in providing I-Lead the platform for a perfect start.

The exciting basketball matches between the school outfits, the thought-provoking presentations and the enlightening panel discussion highlighted the launch of the I-Lead programme.

The sporting icons very rightly pointed out during the panel discussion that professional management and sound planning held the key in arresting the decline and leading the revival in the field of sports.

Former hockey Olympians Samiullah Khan and Qamar Ibrahim and ex-Test opening batsman Shoaib Mohammad lauded the joint efforts of the Habib University, the provincial government and the British Council in having planned a comprehensive programme for the promotion of sports.

Syed Faisal Ali Subzwari, Sindh Minister for Youth Affairs, who was the chief guest in the ceremony, expressed the resolve that his department was committed to make its contribution in projects aimed at the promotion of healthy activities in which sports was a major factor.

Samiullah Khan, an architect of many hockey conquests, spoke about the importance of keeping the youth motivated by engaging them in sporting activities round the year and providing them the desired facilities at their schools and colleges.

He reckoned that the youngsters need guidance and counseling besides the motivation to excel in the field of sports that’s becoming increasingly competitive. He urged the athletes to keep working hard to accomplish their goals. Qamar Ibrahim, one of the many hockey Olympians produced by the Habib Public School, acknowledged the role of his Alma Mater in letting him polish his skills and make it to the national team.

Shoaib Mohammad, the only Test cricketer to have been produced by Habib Public School, also saluted his sports teachers for having groomed him from an early age leading to his elevation at the international level.

The decision of the Sri Lankan captain Kumar Sangakkara to go off the field when at a striking distance to complete a rare clean sweep in the Test series looked mind-boggling to say the least. It were the Pakistanis who were on the defensive on the fifth and final day of the third Test and they must have heaved a sign of relief at having avoided an embarrassment. 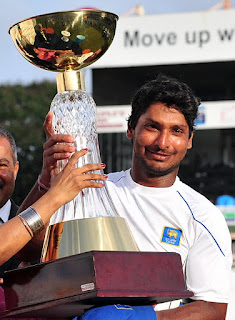 The Sri Lankans needed less than run a ball going into the last 20 overs. With six wickets in hand and two well set batsmen at the crease the platform was set for the home side to complete their third successive win in the Test series.

The pitch at the SSC, as the Pakistan captain Younis Khan and the recalled leg-spinner Deanish Kaneria stated after the game, had flattened on the final day and there was hardly any encouragement for the bowlers unlike the earlier days.

Only one wicket had fallen in the first couple of sessions and the Pakistan bowlers were obviously tired and disheartened. The situation was ideal for Sri Lanka to attempt the biggest chase of Test history. But they chose not to go for it and settle for a draw.

Sri Lankan could still have drawn the game had they lost a few wickets in the process of forcing the pace. It’s hard to imagine in these days of Twenty20 cricket any team disinterested in going for a target of less than run a ball in the last 20 overs of a Test match.

The explanation of the Sri Lankan captain didn’t make sense. Not many people would accept the excuse his decision to abandon the chase was largely dictated by the injury concerns over Tillakaratne Dilshan.

"If Dilshan was fit we could have tried a few things out. We could have gone for a few more runs after tea, although they [Pakistan] bowled wide off the crease to cut the run supply and set defensive fields. When the 15 overs came up, we were in a position where we couldn't say either way, so we took the option of drawing the match. We planned to bat out session by session," Sangakkara said. 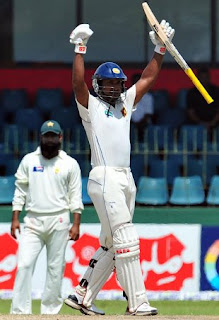 "The closer we were getting to their total, time was also running out and it became slightly easier to manage. I am pretty happy the way everyone played. This whole innings of ours as a team showed that we were starting to play proper Test cricket. We weren't really thinking about going for totals, we were trying to bat and enjoy our time out in the middle. If you are batting to save a game you really can't go too negative, that plays into the opposition's hands,” he added.

What the Sri Lankan captain was forgetting was the fact that his team had won emerged triumphant in the earlier couple of Tests and the momentum was with him. He was in an ideal position to press home the advantage in the third Test to make it 3-0 but he opted to be content with a 2-0 lead.

Younis Khan must thank his stars because it would have been a much greater humiliation had his team been whitewashed in the Test series soon after the triumph in the ICC Twenty20 Championship in England.
readmore »»