The development of the Naya Nazimabad Lawai Stadium has been described as a welcome addition to the list of cricket grounds of high standard in Karachi. The installation of floodlights has certainly helped in illuminating the cricket scene of the metropolis. 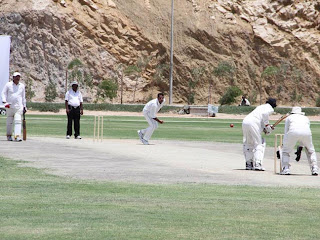 The inaugural edition of the Peace Cup Twenty20 Cricket Tournament 2013 is being staged there and some of the leading outfits of city, alongwith a few from other parts of the country, have been engaged in absorbing battles under floodlights.

The Peace Cup matches have been starting late in the evening during the Holy month of Ramazan. It has been quite a spectacle for the participating cricketers who are enjoying in the pleasant overcast conditions of Karachi, considered ideal for cricket.

The state-of-the-art cricket stadium has been constructed as per international standards and it has many of the facilities comparable to the best in business. The Naya Nazimabad Lawai Stadium is named after Mr Hussain Lawai in recognition and honour of his support and passion for cricket.

The stadium certainly relives Nazimabad’s cricketing spirit. Nazimabad has produced a lot of world-class cricketers and now it has become home to a wonderful cricket stadium. It will help in further igniting the passion for cricket in the area in particular where it is located. 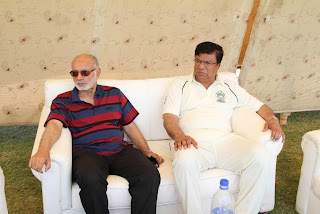 The inauguration ceremony of the Naya Nazimabad Lawai Stadium was held with great fanfare last year. It had turned out be one of the high-profile events in which quite a few notable personalities, like Mr Arif Habib and Mr Hussain Lawai, were in attendance. 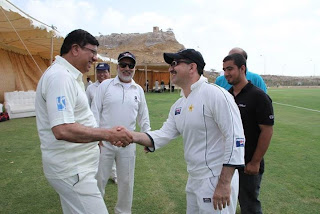 The organizers obtained the No Objection Certificate (NOC) from the Pakistan Cricket Board (PCB) for holding the event to facilitate the participating teams from seeking the permission from the Board to field the centrally-contracted national players.

“We are following the PCB rules and guidelines in letter and spirit. We are confident about getting their permission which will allow the participation of celebrated players in the event,” Tournament Director, Riazuddin, a senior Test umpire, was quoted as saying in the media briefing of the Peace Cup.

As far as the format of the tournament is concerned, the 16 participants have been divided equally in four groups for the first round. The top two teams from each group will make it to the knockout stage of the competition starting with the pre-quarter-finals.
readmore »»