Mansur Ali Khan Pataudi, a former Indian captain, is no more. Although he was indisposed for a few weeks there didn’t seem even slightest danger to his life that’s why his death came as a shock to the cricket fraternity. 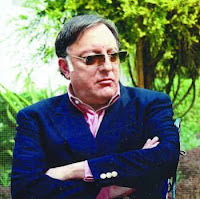 ‘Tiger Pataudi’ didn’t have an exceptional batting or captaincy record but he was revered for his fortitude, courage, leadership and never-say die approach. He was hailed as one character who redefined Indian cricket with his bold tactics.

Wasn’t it quite remarkable that a man, having lost one of his eyes in a freakish road accident, was able to come to terms with the fastest of bowlers of the world? Wasn’t it incredible that he managed to lead from the front even with one eye?

How much respect he commanded from his teammates was beyond words. He was a mentor of so many individuals who went on to make big. He had prevailed over the selectors to have a young guy by the name of Gundappa Vishwanath for the home series against Australia in 1969-70.

‘Vishy’ scored a century on Test debut and didn’t look back. He became the premier batsman of the country rather soon and Pataudi was credited to have fast tracked his entry in international cricket.

Pataudi was just 21 when he had to take up the Indian captaincy during the ill-fated tour of the West Indies. He was then the youngest-ever Test captain. He led India in 40 of the 46 Tests that he played. He could have played more but politics came into his way too.

It was Pataudi’s vision to play the spinners in attacking role when India struggled to find decent medium-pacers. Syed Abid Ali seemed the only available seamer to him with no support from the other end.

The famed spin quartet of Eripalli Prassana, Bishan Singh Bedi, Bhagwat Chandrasekhar and Srinavas Venkataraghwan owed its monumental success to the leadership of skipper Pataudi who gave them the confidence and set the kind of fields that yielded wickets.

Pataudi was a practical person, who perfected the art of motivating his teammates and got the best out of them. He was shrewd in marshalling his troops and making the most of the available resources. 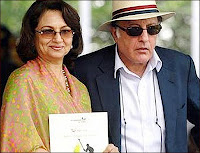 He led an honourable life all along. He was respected by the cricket community at the international. His association with the project of the Indian Premier League (IPL), however, seemed to have dented an otherwise clean career. It was probably his single greatest mistake to have been a party to the IPL whose founder Lalit Modi had to quit controversially.

My only meeting with Tiger Pataudi took place at a five-star hotel of Karachi when he had descended here for a veterans’ series in the late 1980s. Not surprisingly he was the captain of the Indian Veterans squad.

I had a nice and frank chat with him for about an hour as he spoke his mind candidly. The cricket conversation was enlightening for me as I was thoroughly impressed with his wealth of knowledge and the observations he made on some intriguing issues.

The only point where I dared having a difference of opinion from His Highness was when I discussed about remuneration for my articles getting published in Weekly Sports World of which he was the Editor. I had mustered the courage to enquire if I deserved to be paid for my articles. He couldn’t give me a convincing answer.

Did Dravid need to retire from ODIs?

Rahul Dravid has indeed celebrated his 38th birthday. In fact he will be turning 39 in little over three months time from now. But did it mean that he needed to retire ‘officially’ from limited overs games at this point of time when runs were flowing as naturally from his blade as in the past.

I don’t understand the logic behind this particular decision of his. Did someone in the Board of Control for Cricket in India (BCCI) or anyone of the selectors prompt him to announce his retirement or was it a personal move to conserve energy and extend his Test career?

Dravid was not playing One-day Internationals or Twenty20 Internationals all that regularly during the last few years when Mahendra Singh Dhoni appeared more comfortable leading a bunch of youngsters who were sharper in the field for sure.

India used to turn to Dravid in ODIs only in case of emergency when the pitches were livelier and the conditions were tougher for batting. That was a fair enough tactic, selecting him only for those matches where he was needed most. 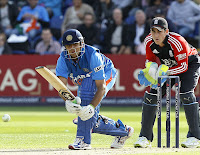 After having scored three centuries in the four-Test series he was an automatic choice for the ODIs against England. In fact he was also selected for the one-off T20I. His announcement to retire from the limited overs cricket at the end of the ODIs was shocking to say the least.

May be someone from the BCCI or the selection committee approached him to declare his retirement plan in advance so that they didn’t face criticism for ignoring him in the event of the youngsters failing to deliver.

Obviously the BCCI officials were under enormous pressure after the debacle in the Test series and they were looking into ways and means of damage control. Dravid was the only batsman to get going in Test matches and he could not have been dropped from the ODIs if available.

As the whole world saw Dravid has lost none of his batting prowess. His continued success highlights the point that cricket is a game of technique and mind power. Even in ODIs and T20s skills are needed to score consistently. A slogger or a dasher can score heavily on a given day but he can’t be expected to do it in every outing. 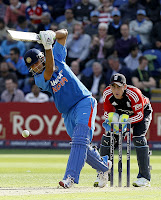 Dravid still has the hunger and passion to score runs. If the Indians are finding it difficult to get high quality young batsmen then they should persist with those having proven record and whose capacity is beyond doubt.

Dravid’s decision to quit means he won’t be considered for the upcoming ODI series at home against England. More importantly he won’t be in action, until he reverses his decision to quit, in the one-dayers during India’s demanding tour of Australia where the pitches will have bounce and carry. Will the youngsters having accumulated heaps of runs at will on docile Indian tracks will come good in the more challenging environment or will they succumb again?
readmore »»