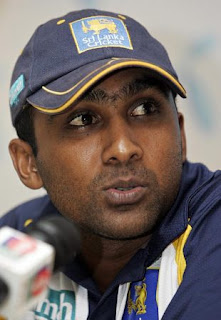 By Syed Khalid Mahmood
I was really stunned to hear the news about the decision of Mahela Jayawardene to resign as the Sri Lankan captain. More shocking was the response from the Sri Lanka Cricket who announced that the resignation has been confirmed.
The timing and the manner in which Jayawardene has done this leave little doubt in one’s mind that all is not well in the Sri Lankan cricket affairs.
There must have been a combination of factors that compelled Jayawardene, the most successful captain in the Sri Lankan history, to give up captaincy on the eve of the two-Test series against Pakistan.
One doesn’t need to be an expert to determine the fact that Jayawardene’s resignation has been prompted by non-cricketing reasons.
On the field his record was awesome, both as a captain and a batsman .He led his country to 15 wins in 26 matches in which averaged 64.70. More remarkably he scored as many as 11 centuries in these games, highlighting the fact that he excelled in the challenging times unlike the ordinary mortals.
He led by example and helped his team perform better on the foreign soils than in the past. Under his captaincy Sri Lanka managed drew Test series in England, New Zealand and the West Indies.
His record as the one-day skipper was not all that impressive, given the unpredictable nature of the game, but he had more victories in the game that defeats. He led Sri Lanka in 94 One-day Internationals, with his team winning 54 games and losing 35. 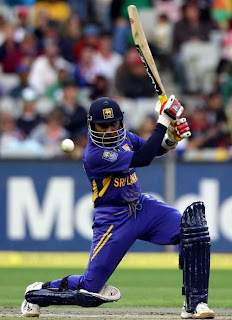 Jayawardene was chiefly responsible for guiding his team to the final of the 2007 World Cup in the Caribbean where the other Asian giants, Pakistan and India, had made first round exit. He confirmed Sri Lanka’s supremacy at the continental level by annexing the Asia Cup in Pakistan last July.
The Sri Lankans were generally performing very well indeed in all forms of the game and Jayawardene was looking in total command of the situation in the field. There were odd mishaps as well like the unexpected defeat at the hands of Pakistan in the first ODI of the recent series at the National Stadium, Karachi, but such things do happen with every team once in a while.
There should be no complaints about the result of the just concluded ODI home series against India in which the tourists were streets ahead in all departments of the game. The Indians appeared to have done their homework against the spinners against whom they were most vulnerable when they toured the island earlier in the season.

Jayawardene’s resignation as captain is most likely to hurt the Sri Lankan cricket because they needed his cool head during the phase in which they might be losing some of their key players.

It looks absolutely clear now that Jayawardene ran out of steam in overcoming the pressures off the field and he deemed it proper to part ways gracefully rather than getting engaged in politics.