Ricky Ponting, one of the most prolific run-getters in the game and a former Australian captain, has a reason to derive inspiration from Rahul Dravid, the champion Indian batsman who has overcome a lean patch in most spectacular fashion. 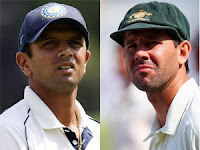 Obviously when you have a long career there are bound to be ups and downs. It’s next to impossible to be consistent all along for 15 years when playing 100 or 150 Test matches. It has become a tougher challenge of late because of the increase in the frequency of match and the excessive workload nearly everyone is subjected to.

The 38-year-old Dravid is a bit lucky in this context because, unlike the 36-year-old Ponting, he has not been a regular member of India’s limited-overs outfits for the past few years. Other than that both these great batsmen have quite a few things in common. Ponting has had to take care of Australian batting in One-day Internationals as well as Twenty20 Internationals.

Both of them have had the knack of fighting it out until the very well. They have set examples for others to follow with batting of the highest class in the toughest of conditions. They have been class act for a very long time, having endured different phases in their illustrious career.

Ponting once was the aggressor when he had the likes of Justin Langer, Damien Martyn and Steve Waugh to hang around and take care of occupation of crease. After their retirement with those of Mathew Hayden, Mark Waugh and Adam Gilchrist, he took the responsibility of spending more time at the wicket.

Ponting, himself a fighter to the core, has revealed having encouraged Dravid to fight through his struggles and continue playing when their sides met in the two-Test series in India last October.

"I remember after our last series in India there was a lot of talk and speculation about Dravid being finished. I actually went and found him at the end of the series and said 'don't you even think about retiring' because I just saw some stuff in a few of his innings that suggested he was still a very, very good player. I just said 'don't let them wear you down, don't let them get you down'. I received a similar text message before and after the Ashes from him as well," the former Australian skipper disclosed. 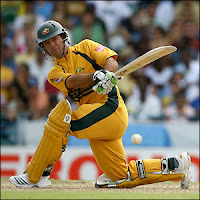 "There are a few who provide an inspiration for batsmen of advancing years. Sachin Tendulkar and Jacques Kallis both had a great last year; Dravid is doing well now. It's not only good for guys of my age to see guys doing that, it's good for the younger blokes to see it as well; to know that if you keep doing the right things and working hard, and if you've got talent, then age is not a barrier in our game," Ponting added.

Dravid’s success in 2011 should inspire Ponting, who has been short of runs in Test matches in particular. Both these batting greats have lost none of their passion and retirement doesn’t seem in their plan at the moment. Cricket certainly needs characters like them.
readmore »»