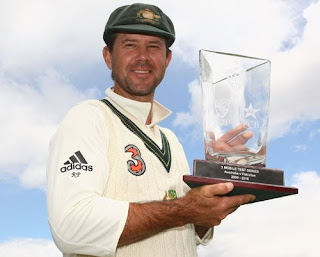 There’s absolutely no element of surprise in finding Pakistan whitewashed at the hands of Australia in the just concluded three-Test series. The Australians were nowhere near to their best but still they were good enough to emerge triumphant on all three occasions.

There wasn’t hardly any contest in the first and third Tests with the home side dictating terms in the manner expected of them but they had a great escape in the second Test at Sydney.

The negative mindset of Mohammad Yousuf made things easier for his opposite number, Ricky Ponting who must have wondered how his team got away with it in the second Test after having conceded a massive first innings lead.

Ponting and his deputy Michael Clarke failed miserably in the first two Tests as did Marcus North, having given an impressive account of himself in his earlier games. While Ponting and Clarke rediscovered their form in the third and final Test, North just couldn’t do it even in conditions that were not demanding to say the least.

Yousuf, whose defensive approach perplexed everyone, was not able to put the Australian batsmen under any kind of pressure. He probably seemed to have taken it for granted that his team would be blasted in all three games.

Yousuf, having been handed over the leadership only after when the team members had revolted against Younis Khan during the series of One-day Internationals against New Zealand in Abu Dhabi, looked completely out of focus in the Test series in New Zealand as well as in Australia.

Pakistan were at a great disadvantage due to the weak captaincy of Yousuf. They were extremely lucky to have got away with in New Zealand where the rains prevented the hosts from completing a series win on the final day.

Pakistan obviously needed heavy dose of luck once again to compete when they crossed the border to exchange fire with the Aussies. As expected the Australians proved to be a tougher opponent than the Black Caps, who were handicapped by the loss of champion fast bowler Shane Bond in the last two Tests.

With a fragile batting line-up and an inexperienced bowling attack Pakistan had to face the music in Australia. But they found the hosts below their best and the eventual scoreline not withstanding they didn’t fare all that badly either. 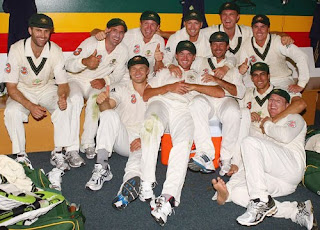 Ponting’s adventure of electing to bat in the second Test at Sydney would be talked about for a long time. Australia could have wrapped up the game inside three days, had the skipper just inserted the opposition into bat. Instead the hosts remained in danger of losing the game until winning it narrowly in the end.

The Australian off-spinner, Nathan Hauritz, turned out to be the highest wicket-taker in the series. Not a great turner of the ball, he benefited greatly by the tendency of the Pakistan batsmen to have a go at them after being contained by the faster bowlers.

Rains threatened Australia’s bid to complete a whitewash in Hobart but Ponting’s sporting declaration on the fourth day covered up the odd stoppages. readmore »»