Neither the world champion Mohammad Asif nor the defending champion Asjad Iqbal could force their way into the semifinals of the Jubilee Insurance 3rd Ranking Snooker Championship 2013. Top seeded Imran Shahzad also failed to make it to the final which was contested between fourth seed Shahid Aftab and sixth seed Abdul Sattar at the Karachi Sheraton Hotel on September 26. 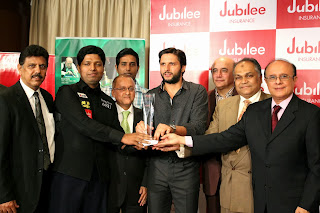 Shahid Aftab, a former national champion from Faisalabad. He was not only rewarded with the winner’s trophy alongwith a purse of Rs 70,000 but he also achieved the cherished goal of earning the right to represent Pakistan in the World Snooker Championship later this year by virtue of becoming the top ranked cueist of the country. He will be a part of the Pakistan’s World Championship squad, alongwith the reigning champion Mohammad Asif, also from Faisalabad, and Imran Shahzad, belonging to Lahore. 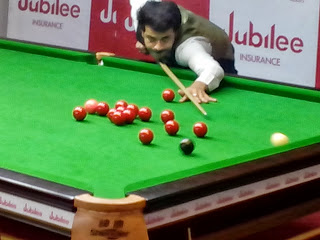 Abdul Sattar, one of the most accomplished cueists of Karachi, had his moments in the final but the additional pressure of vying for the World Championship slot took its toll and he reasons to feel heart-broken after being in such spectacular for throughout the seven-day event.

Although making his maiden appearance in the final of a national ranking event, he had drawn the first blood and was looking good in the first half of the match. He was better poised to clinch the trophy when he led 4-3 but he couldn't put his acts together in the last few frames against an opponent, who had greater experience of big matches.

The consolation for Sattar, however, was his elevation to third position in the national ranking chart, having been positioned sixth before the start of the tourney. 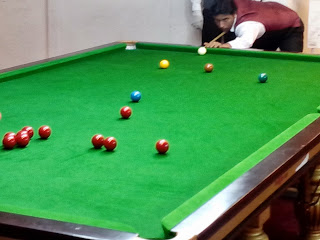 Shoaib Ahmad Siddiqui, Commissioner Karachi, was to be the chief guest in the prize distribution ceremony, according to an official announcement by the Pakistan Billiards & Snooker Association (PBSA) only a day earlier. But it could be ascertained immediately what prompted the governing body of cue sports to invite a cricket celebrity like Shahid Afridi, a former Pakistan captain, to run away with the spotlight in the presentation ceremony.

The PBSA President, Alamgir Anwar Shaikh, does have the reputation of springing surprises once in a while and it was probably one of those moves. It looked surprising to say the least because the snooker officials often complain, officially, about being overshadowed by cricket. If they themselves would provide the stage to the cricketers in their prized functions they would lose the right of making an anti-cricket statement in future.

Tahir Ahmed, Managing Director, Jubilee General Insurance, representing the sponsors, was also present in the closing ceremony of the event in which cash prizes of Rs 165,000 were disbursed among the top performers.
readmore »»