Younis makes himself and PCB a laughing stock 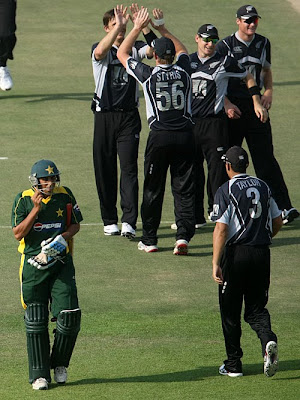 It’s certainly the bad luck of the whole nation that they have had to endure a man as inconsistent in temperament and conduct as Younis Khan to be the skipper of the cricket team.

I have raised the issue on numerous occasions that Younis doesn’t possess the leadership skills hence he didn’t qualify to captain the national team.

The Pakistan Cricket Board (PCB), plagued by administrative problems from top to bottom, hasn’t had the guts or the capacity to deal Younis in the desired manner leading to one controversy after another in the recent past.

Since Ijaz Butt, the Chairman of the PCB, is believed to be making all the decision on his own, disregarding the Governing Body, he must be entirely blamed for not having dealt with the situation in a shrewd manner.

The PCB Chairman, under fire on various fronts, had chosen to put his entire weight behind the temperamental Younis on the eve of an important series against New Zealand, beginning with the One-day Internationals in Abu Dhabi.

Ijaz Butt, for reasons best known to himself because he didn’t care to take anyone in confidence, not only bowed to the demand of Younis to appoint him as the captain until the 2011 World Cup but he went overboard in pleasing the skipper by ditching his own personal friend Yawar Saeed.

It may be recalled that the PCB Chairman himself had persuaded Yawar to carry on the job when the latter had sought a break. Younis, however, prevailed over the Board helmsman to remove his long-time mate just a few days before the departure of the team to the United Arab Emirates (UAE).

Younis had reasons to feel triumphant for the removal of Yawar as it opened the way for Abdul Raqeeb to accompany the team as manager instead.

Younis desired complete authority and a management team of his choice. He wanted to exercise the kind of authority that Imran Khan had during his time. He was desirous of calling the shots on his own.

Now after only three-match ODI series he has withdrawn from the tour of New Zealand requesting a break from cricket. He has caused embarrassment not only to the PCB but to the Pakistan cricket in general. 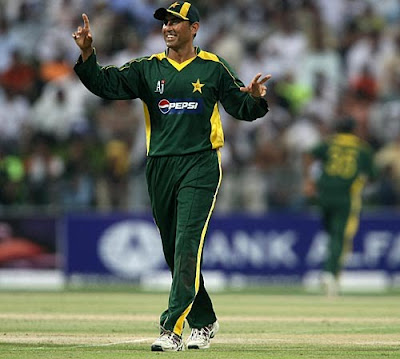 Had he traveled to the UAE riding a camel? How did he tire without having played a single big knock in the ODI series? How did he run out of steam when he didn’t have to do much running around in the team?

These are the questions Younis must be made to answer in public. He is not captaining a club team or a departmental outfit. He is or rather he was leading the national team. He must be made accountable. His change of mind hurts the cause of the team. His inability to lead by example creates bad taste.

The PCB will do a service to the game if they could take Younis out of their plans. They should not be backing an individual who is found wanting in handling the pressure. He should rather be considered a case for permanent retirement now.