Will you believe it that the most potent batting side of the world refused to chase down a target of around four runs an over on the friendliest of pitches against a flattened bowling attack. 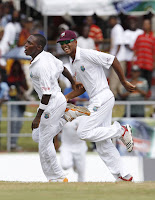 Once more the Indians lived upto the reputation of following a suspected script rather than playing their natural game. The match was in their bag but they were not prepared to take it. Strange, isn’t it?

India had never won more than just one Test match in a series in the Caribbean and they were ideally placed to double the lead in the third and final Test. The game was in their kitty all the way until they decided to shut the door themselves and stage a walkout much to the amusement of literally every follower of the game.

The face expression and body language of the West Indian skipper, Darren Sammy, summed it all when umpire Asad Rauf inquired him if he agreed to calling off the game before the start of the 15 mandatory overs of the final hour.

Sammy couldn’t believe his luck nor did he hide emotions when informed that the Indians were willing to walk off. Obviously there was no way any team would have abandoned the chase in the manner the Indians did. Even Bangladesh and Zimbabwe would have gone for it and in all probability the target would have been achieved.

There was plenty to suggest on the last two days of the Dominica Test that the Indians had lost the intensity all of a sudden. More than anything they are likely to have received some ‘advice’ from their administrators not to go for it. Otherwise Mahendra Singh Dhoni and his men would never let the West Indies off the hook as they did.

India, the number one team of the world, could have never done the rubbish things they did. Allowing Kirk Edwards and Shivnaraine Chanderpaul to score centuries in the given circumstances was a shame.

"Shame on India, Black day for cricket," was indeed a comment well deserved after calling off the game needing 86 runs off 90 balls with seven wickets in hand. 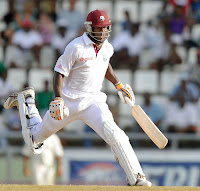 Fire must have been raging in India where millions of fans had sacrificed their night’s sleep in anticipation of a rare overseas Test victory. But they were denied the pleasure, at whose behest they might never know.

Duncan Fletcher, India's coach, was sent it to tackle the media and defend the debacle once the match was over. This is one duty he will be needed to perform while getting hefty fees and lavish lifestyle that comes with the package. He will be required to cover up the sins of those movers and shakers who are ruling the stage at the moment.

“Once it got to four or five runs per over we were struggling to score. We were struggling to score three runs per over. The side decided it was difficult to get those runs and thought what's the point in going there and ending up maybe with just one side able to win it" was an explanation nobody cared to believe. It was laughing stock. Fletcher should be having plenty of such fun in future as well.
readmore »»