Ali Zafar Khan Afridi was one of the shining lights in the sport of swimming in the 1950s. A diving specialist, he captained the UP swimming team in the Indian National Games staged at Bombay and New Delhi in 1954. He also captained the Aligarh Muslim University Swimming Club in 1956. 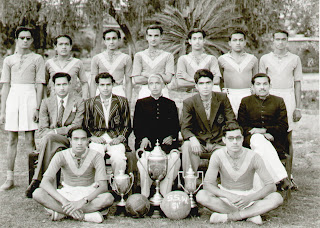 He participated in quite a few editions of the Inter-Varsities Swimming Championships in India, demonstrating his swimming prowess in the pools of Madras, Calcutta, Allahabad and Lucknow besides Bombay and Delhi.

Born on February 3, 1932, the lion-hearted Ali Zafar Afridi was a versatile sportsman right from his childhood. Apart from excelling in swimming he also made a mark in athletics, basketball and volleyball during his stay at the famed Aligarh Muslim University.

He captained the basketball team at the university while he remained a member of the volleyball side all along. His record in track and field events of the university was also exceptional. He earned numerous awards in the sporting arena.

It was a pity that a person possessing so much sporting talents didn’t get an inspiration or may be an opportunity he desired upon migration to Pakistan. Instead of being lured to play a role in the development of sports infrastructure of the nascent country, he was allowed to pursue a full-time professional career as geologist. 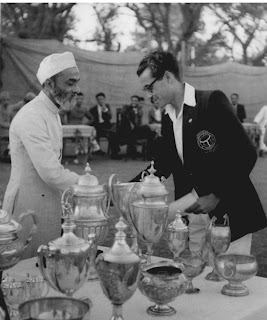 Still in his 20s, he had a lot to offer for Pakistan in the field of sports in those years but unfortunately he didn’t get the kind of recognition he deserved on the basis of his talents. He could have proved an asset in swimming in particular. It’s believed that he did possess the skills to represent Pakistan at the international level. He could have done wonders for the country if he was taken care of by the powers that be.

Isn’t it strange that none of the office-bearers of the national swimming body or any of its affiliated units ever came forward to contact him! His expertise would have certainly benefitted the cause of Pakistan sports. The geologist community of the country appears more alive to the situation than the sports community of Pakistan.

Ali Zafar Afridi has held various portfolios in the geological bodies and he has been duly recognized for his services. He has continued to lead an active social life, having decades long association with the Aligarh Muslim University Old Boys Association (AMUOBA).

He has remained a strong support to the Sir Syed University of Engineering & Technology (SSUET). He has served the university, founded by the AMUOBA, in the capacity of Advisor Sports.

The 81-year-old Ali Zafar Afridi is a man of few words but his memory is sharp and he vividly remembers the high points of sporting career which was brief but very eventful.

He had passion for sports since childhood. He and his brothers learnt swimming at a very early age in the canal which was in the vicinity of their residence in Farrukhabad, a bustling town in the populous UP. He worked proactively for the Pakistan movement, deriving inspiration from Quaid-e-Azam Mohammad Ali Jinnah’s theory of Unity, Faith and Discipline.

He recalls campaigning for his grandfather, Khan Bahadur Sultan Alam Khan, who defeated the Congress candidate in the 1946 elections. Ali Zafar Afridi has fond memories of his stay at the Aligarh Muslim University.

He described the university sports facilities as among the best in the country as it housed India’s first indoor swimming pool. He also attended the first-ever Asian Games held in Delhi in 1951 and he has still not forgotten the slogan ‘Play the game in the spirit of the game’ which was displayed prominently at the stadium.
He’s fully aware of the fact that the sport of swimming was changed over the years but he’s pained by Pakistan’s lack of progress in it.

“It’s very sad indeed that our swimmers and swimming administrators have not kept pace with times. The standard of swimming has not improved in Pakistan despite the fact that our climate is ideal for swimming,” he regretted.

“It’s never too late to start working in the right direction. The swimming authorities can still make things happen and bring laurels for the country,” he hoped.

The soft-spoken Ali Zafar Afridi is not keen to get any office in the swimming body but he expressed his willingness to help out the organizers in raising the bar.
readmore »»