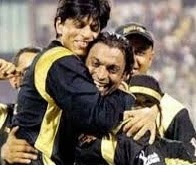 In a recent television interview, Shoaib Akhtar revealed that the Pakistan Cricket Board (PCB), then headed by Dr Nasim Ashraf, had imposed five-year ban on him which was withdrawn on the directives of Asif Zardari, whom he considered his benefactor.

“Asif Ali Zardari had ordered the then PCB Chairman, Dr Nasim Ashraf, to either withdraw five-year playing restrictions on him or pack up,” the Rawalpindi Express disclosed.

Regarding the fastest ball he ever had bowled, which broke the much talked about barrier of 100 miles (160 kilometers) per hour, Shoaib Akhtar felt that it was prompted by the pressure and expectations by the media and the general public. 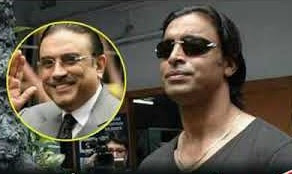 He recalled that the King of Bollywood, Shah Rukh Khan, had danced all night in joy and celebration when he had bowled his team Kolkata Knight Riders (KKR) to victory in a match of the Indian Premier League (IPL).

“On the contrary I have bowled Pakistan to victory in a number of matches but there had never been any appreciation,” he regretted.

Shoaib Akhtar, acclaimed as one of the most popular cricketers of Pakistan, shared that he hasn’t made up his mind yet whether to join politic as his mother was opposed to this idea.

He didn’t mince words in stating, however, that he could win the contest on his own as an independent candidate at any given time in elections.

He pointed out that he remained an admirer of all politicians including Nawaz Sharif and Imran Khan, expressing the hope that the sitting Prime Minister (Imran Khan) manages to streer the country out of crisis.
readmore »»