Younis Khan is getting away with it in the international cricket with his imperfect technique with the bat for there are very few quality bowlers on the scene of late. Had he been playing in the era when the West Indian fast bowlers used to got batsmen out by terrorizing them, I don’t think he would have attained even half of the batting average he has in Test cricket or even One-day Internationals. 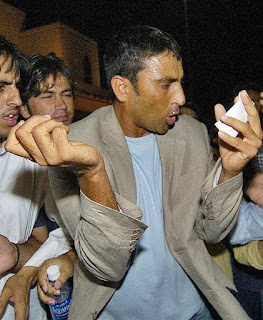 Yes the quality of bowling has gone down over the years and it hasn’t put the batsmen to the kind of examination we used to witness in the 1980s and even the 1990s. With the emphasis lately on limited overs cricket and the ultra-short versions of the game like Twenty20 making their way to the top, the world is fast losing the attacking bowlers who possessed the capabilities of cutting the batsman into halves.

Younis Khan has been installed as the Pakistan captain for the wrong reasons. He wasn’t appointed the skipper for having any leadership skills or any other quality that could be termed inspirational.

He has always been handed over the reigns of captaincy because there’s no other choice. He had messed up the opportunity in the past and he is doing it again. Everyone knows he’s not the man for the job.

Anyone having interacted with the Pakistan skipper is aware of his shortcomings and the obvious lack of will power. He has lacked consistency in giving out statements to the media. One day he would say Pakistan would be lucky if they could come close to the Australians. Just a few days later he claims Pakistan would whitewash the Aussies.

More painful than his flaws in batting and the handling of the team has been his attitude while dealing with the media. He has been a media shy fellow all along and the only time he appeared to have come out of his shell was soon after getting a triple hundred in the Karachi Test against Sri Lanka earlier this year.

There was a brief period when one thought that he had learnt his lessons and would conduct himself much more professionally. Unfortunately he has not believed in learning from mistakes, believing that he would get away with it with everything as he does in the cricket field.

Younis Khan, I am afraid, is mistaken. He is probably unaware of the damage he would cause to the game in the country by his haughty attitude. The Pakistan Cricket Board (PCB) cannot be blamed either because they don’t have any replacement for him at the moment.

One of the journalist bodies has come very hard at Younis Khan for his follies. The Sports Journalists Association of Sindh (SJAS) has strongly condemned the continued unacceptable rude attitude of the Pakistan captain towards Pakistani media.

“It has now become a regular feature of Younis Khan that he does not talk to media up on his arrival from abroad when the media personals spend sleepless nights to wait for him at airport. He once again opted not to talk to media at airport after coming home from Sri Lanka,” Sardar Khan, President, SJAS, said in a statement.

“One has been seeing his immaturity as captain on the field but his rude behavior is now becoming a real issue with media who have to perform their professional obligation. Younis Khan should realize that with captaincy there come hosts of responsibility he should be able to cope with them,” Sardar Khan added. 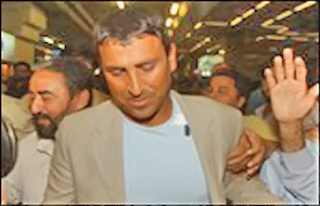 “The Pakistan captain was quite arrogant with the media while returning home after winning T20 world cup in June. He did not talk to the media at airport and then he lashed out at media who had gone to cover him at his residence in Karachi. He seems not being able to handle the responsibilities that he should shoulder as captain of Pakistan team. The SJAS has taken strong note of this routine and hereby requests Younus Khan to amend his attitude to behave and cooperate decently with the media to avoid any bitterness,” the SJAS President advised.