The second edition of the high-profile Indian Premier League (IPL) has finally been moved out of India, primarily due to security concerns. Since the dates had been reserved for the IPL, taking into account international activity those days, the event will now be staged outside of India. 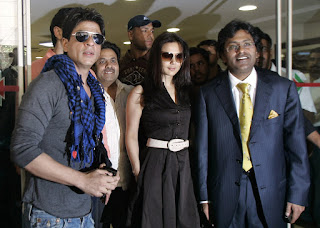 Therefore it’s just the change of venue for the second IPL. Either it will be now hosted by South Africa that looks more likely presently with England being the alternate.

The shifting of the IPL opened the door for the cricketers from Pakistan, who had earlier been advised by the government not to visit India in the prevailing circumstances. Apparently there should be no problem from the government side if these players seek permission to compete in the IPL in South Africa or England.

But there are another reasons that could prevent or limit the participation of Pakistan’s top performers in the upcoming IPL. A series of One-day Internationals and Twenty20 Internationals is to be played between Pakistan and Australia in the Middle around the same period.

The Pakistan-Australia series to be staged in Abu Dhabi and Dubai was confirmed only last month and with the limited amount of international cricket on offer for Pakistan of late there is absolutely no chance whatsoever of the authorities allowing them to skip the national duty.

Another factor that could go against the Pakistan cricketers is the fact that the action in IPL is just about a couple of weeks away and the participating teams might have finalized their squads already.

There is a remote possibility that the Pakistan-Australia series might be postponed in which case the Pakistan cricketers would be available for the IPL. That their franchisees would include them in their line-up at the eleventh hour is another matter.

The Chairman of the Pakistan Cricket Board (PCB), Ijaz Butt, has remarked that the request of the players interested in playing the ICL will be considered once they receive it. He has obviously clarified that the national duty would be paramount.

The Pakistan cricketers had encountered mixed fortunes in the inaugural edition of the IPL last year. Sohail Tanvir was the outstanding bowler, having helped his team Rajhastan Royals in clinching the trophy. His left-arm swing bowling created sensation and he became one of the most valuable players on the circuit.

Wicketkeeper-batsman Kamran Akmal also made his presence felt in the limited opportunities that came his way. He used the long handle to very good effect and the experience he gained in the IPL came handy later while playing for Pakistan. 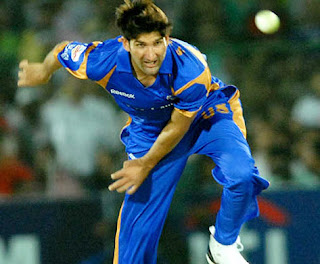 The one Pakistan cricketer who could not do justice to his talents in the IPL was the flamboyant all-rounder Shahid Khan Afridi, who just didn’t get going while playing for Deccan Chargers. He did pluck a couple of spectacular catches in the outfield besides capturing odd wickets but he could not set the grounds on fire with his stroke-play.