The sports fraternity of Karachi in particular has been shattered by the heart-breaking news of the death of Dr Syed Mohammad Ali Shah who breathed his last in Houston, United States of America, on February 4.

It was still early in the morning in Houston but most of the Karachiites were preparing for dinner late in the evening when the news broke on the various television channels. 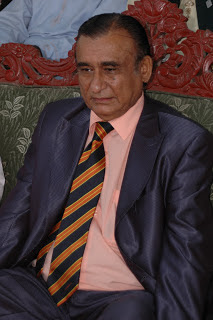 The former Sindh Minister and the leading orthopaedic surgeon of the country, Dr Mohammad Ali Shah, who was battling the disease of cancer with unmatched fortitude and courage for quite a few years, finally became its victim.

The multi-dimensional personality of Dr Mohammad Ali Shah earned him a huge circle of friends and he remained extremely popular all along primarily because of his passion for cricket.

Nearly every Test cricketer of the present and the past knew him personally and he was always there to lend them a helping hand.

He was a workaholic in the truest sense of the word. He hardly slept for a couple of hours in a day while the remaining 22 hours were meant for continuous activities that included playing cricket, doing surgery, performing duties of a minister and carrying out social work.

It was really quite amazing how Dr Mohammad Ali Shah kept on working with the same passion and zeal despite having treatment for cancer during the last couple of years of his life. 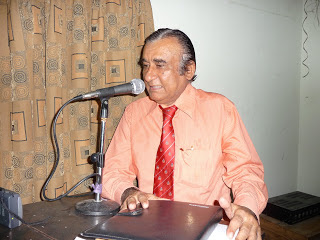 The manner in which he succeeded in roping in the foreign cricketers to stage a couple of cricket matches last year was truly incredible. He overcame all obstacles, including the Pakistan Cricket Board (PCB), to turn his dream into reality.

His energy-level during the course of staging those couple of matches at the National Stadium, Karachi, will be remembered for a very long time. He literally worked round the clock for many days to personally oversee the arrangements and ensure that the games were organized peacefully.

Dr Mohammad Ali Shah had many other dreams for the uplift of sports but they could not be fulfilled in his lifetime. He was only in his mid 60s and had looked good to live for many more years before the cancer knocked him down. He would certainly be missed in the sports community of Pakistan in particular.

His death leaves a huge vacuum and it may not be possible to find so many outstanding qualities in one man. 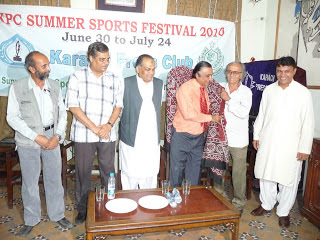 He had penned down his autobiography before leaving this mortal world. The twin-autobiographies, in English and Urdu, were published around a year ago.

He had worked very hard on putting together so many photographs of the various and reproducing them with catchy captions. Dr Mohammad Ali Shah is no more but his memories will live on.

He has left behind a legacy. The Asghar Ali Shah Stadium, he developed in North Nazimabad, Karachi, around two decades ago, will continue reminding of one of his major accomplishments.
readmore »»