It was neither New Zealand’s batting nor bowling which earned them an unlikely 88-run victory, against the run of play, over the West Indies in the third One-day International at the Warner Park in Basseterre, St Kitts, on July 11. 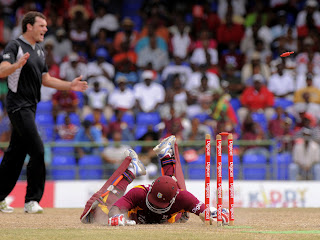 It was the outstanding ground fielding and the imaginative captaincy of the caretaker skipper, Kane Williamson, which led the turnaround and opened up the five-match series which seemed in the bag of the home side, boosted by the return of Chris Gayle. The visitors clinched their maiden win of the tour by effecting three run-outs bringing off a spectacular catch.

The West Indians were the firm favourites to seal the series when they came out to chase a modest target of 250 on an easy paced pitch with short boundaries and quick outfield allowing no margin of error to the bowlers.

With the victories in both the Twenty20 Internationals and the previous two ODIs, the home side was expected to race to the target rather leisurely in ideal batting conditions. The injury-hit New Zealanders were low in confidence but they demonstrated the virtues of athletic fielding and sensible leadership. 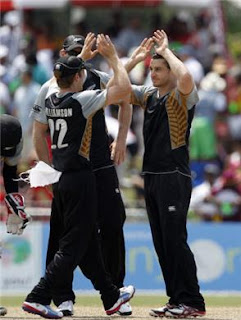 All credit to the 21-year-old Williamson to have displayed maturity beyond his age while setting the fields and making the bowling changes.

It was quite extraordinary how intelligently he marshaled his troops when defending a low total. His decision to hand over the new ball to debutant Trent Boult was a bold move and it almost paid immediate dividends with Gayle just about getting yorked first ball.

The pressure built on the explosive left-handed opener who was scalped by Tim Southee soon afterwards. Southee was also instrumental in sending back the dangerous Dwayne Bravo with a brilliant flat throw from the deep.

But the most sensational piece of fielding was witnessed when Martin Guptill stopped a full-blooded cover drive and threw the stumps down within the blink of eye to find the striker Marlon Samuel well short of his crease. 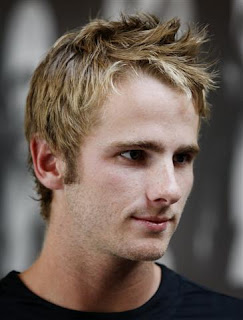 The match was not over yet because the West Indian tail-enders were enjoying themselves with powerful slogs and it needed yet another brilliant fielding effort to break the threatening ninth wicket partnership.

Now it was the skipper Williamson himself who made a diving stop at cover to cause a fatal misunderstanding that resulted in Sunil Narine getting run out by miles.

Williamson’s captaincy skills are not limited to setting the field or incorporating the bowling changes. He also talks sense off the field and his post-match comments don’t seem to be coming from someone who will be turning 22 in a few weeks time.
"It's a great shift in momentum, hopefully. Putting a few things into practice, lessons from the other games. It's nice to get a win in such a crucial game. I think the bowling performance was a little bit better executed in terms of the plans and what we wanted to achieve,” he remarked after completing the 88-run win.

“Things went our way and hopefully that's the momentum shift we needed in the series. This was a sort of match where you must win and we showed that fight today which was really important. It was nice to step up and win this match and keep the series alive through a really strong fielding and bowling effort,” he noted.
readmore »»