The idea was right but the execution left a lot to be desired as far as the T20 series between an International World XI and an All Pakistan Stars XI is concerned. The first of the two exhibition T20 games was played under floodlights at the National Stadium, Karachi, on October 20 with the second once scheduled to be staged on October 21. 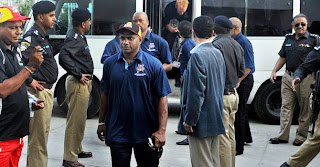 The quality of cricket in the opening game was much below par to be considered an international match. The result hardly mattered but the people had filled the stadium in anticipation of a closely contested fixture and they had every chance to have returned home disappointed.

Dr Syed Mohammad Ali Shah and his Asghar Ali Shah Foundation deserved compliments for having taken up the initiative for the revival of international cricket in Pakistan but they could have done a greater service to the cause of the sport by limiting the invitation only to those cricketers who were still active in the game.

It became evident in the opening overs that the majority of the members of the International World XI were out of practice. Otherwise they might not have dropped half a dozen sitters in the first half of the Pakistan Stars XI innings. 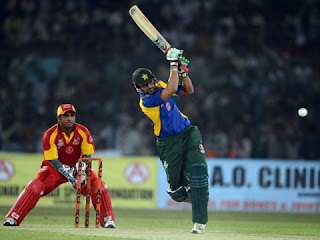 The catching and ground fielding of the visitors was terrible. They dropped the catches which the schoolboys would accept gleefully anytime. They misfielded as if they were unaware about the basics of the game.

Although the home batsmen were the beneficiaries of pathetic display in the field the spectators would have loved to watch an absorbing contest rather than a lop-sided affair.

The knowledgeable cricket fans of Karachi, who showed exemplary patience besides discipline, left the stadium quietly when the International World XI batting was rocked by Tabish Khan, who has not even played for Pakistan yet. 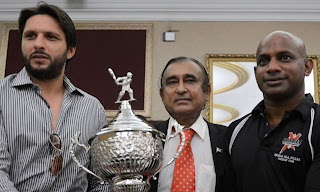 If an uncapped fast-medium bowler could tear apart them with a hat-trick what would have been the scenario if someone like Umar Gul or Junaid Khan had been played in the game!

It’s not often that the spectators leave the ground when the home side is on verge of victory. But there were hardly a few hundred of them left when the match was actually over.

More than 35,000 people were present at the ground when the home side batted but people preferred to leave once the reply was such a weak one. They must have heard about the big names in the International World XI but they would not have anticipated them being out of touch.

Following were the teams in the first match: