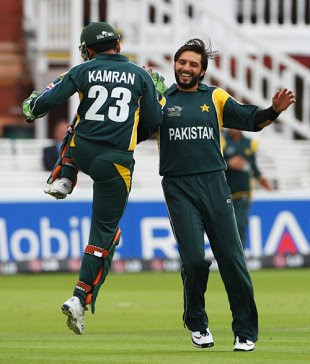 There were a lot of discussions and debates on whether or not Pakistan would be able to force their way into the Super Eight, after having succumbed to a humiliating defeat at the hands of hosts England in their opening game.

My reply to all the queries in this regard was simple and straightforward. I told everyone, on and off the record, that I would be surprised if Pakistan didn’t accomplish their goal. The assessment was not based on any cricketing knowledge or anything like that. It had to do something with history and past record.

People generally have short memory. The followers of the game conveniently forget the fact that Pakistan have achieved their objective more often than not in similar circumstances.

I had convinced the anxious supporters of the Pakistan team that they need not to worry because the lady luck was more likely to be on their side and not only the Netherlands but any other side would have had to face the music.

It was proved once more that Pakistan could never be written off no matter how terrible they may appear on the field or how much they might be lacking in depth or strength. Mind you if they are on song no team on earth can withstand them. They are the one team who defy logic more regularly than anyone else.

I had a gut feeling that the Netherlands stood very little chance of coming to terms with Pakistan although they had stunned England in their first game. Taming Pakistan is always the most difficult of propositions and the other fancied teams in the competition would soon get a feel of it.

Pakistan’s qualification in the Super Eight means a warning to all other seven teams. They have been drawn in the easier of two groups with Sri Lanka, New Zealand and Ireland. The other group is much stronger on paper with the quartet of India, South Africa, England and the West Indies making the cut.

If the past record has to serve as a reference again, Pakistan would be quite happy to be playing against Sri Lanka and New Zealand against who they have had exceptional record in all forms of the game. 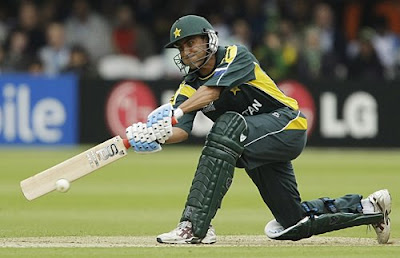 Both Sri Lanka as well as New Zealand have been known for playing their worst cricket against Pakistan. Ireland, who had been instrumental in knocking Pakistan out of the 2007 World Cup in the Caribbean, will be required to overcome a lot of outside factors to do it again.

In the prevailing scenario it looks very unlikely that Pakistan would not reach the semifinals. Once they are there it would be a matter of just two more good days. They could, however, be tested in the semifinals and finals should they reach there.

It doesn’t really matter how seriously Younis Khan takes the T20 games once the Pakistan team gets into their grooves it’s almost next to impossible to derail them. That’s the special thing about the Pakistan cricket. They can conquer the world with any kind of ammunition and any type of leadership.